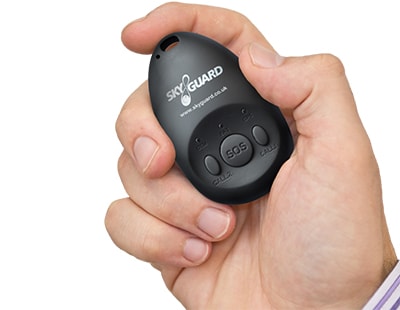 Data from a firm specialising in lone-worker protection suggests that there has been a 27 per cent increase in the number of estate agents using its technology in the past year.

Send For Help, which describes itself as the largest lone-worker protection firm in the world and which manufactures GPS safety devices and apps — says more than 800 of its devices are now in use across the agency industry.

In 2016, research carried out by Suzy Lamplugh Trust found that a quarter of consumers said they felt house viewing should be safer, while 29% of female estate agents surveyed by the charity said they have felt unsafe at a house viewing.

One agent cited by Send For Help as a user of its devices is Yvonne Ray, who set up her own EweMove franchised operation at Benfleet in Essex in 2016.

"Last week, for example, I met a 'Mr Smith' at an empty property. He turned up with his wife and was charming. But it could have been 16 hours or more before anyone would have been alerted if anything had happened to me” she says.

“The fact my moves were being tracked through GPS and I can press a button to alert a call centre, who can listen in and make a decision as to whether to escalate it and alert the police, gives me peace of mind” she adds.

Abigail Mallett, lettings valuer and senior negotiator with Bonett's in Brighton, says she uses this system across her all-female lettings team.

“It’s had a surprising impact as instead of making us more complacent, as I feared, it is a constant reminder to be more vigilant. It has raised our awareness around general safety and made us more alert to potentially dangerous situations” she says.

Send For Help has direct links to police control rooms, so by bypassing the 999 system it claims to receive a faster emergency response if agents are threatened, attacked or are in danger.

Once the “SOS alarm’ button on the device is pressed, a user can speak via a two-way audio in the device to a controller at Send For Help’s fortified alarm receiving centre, who will decide the appropriate action – whether to call the emergency services, ask an agent’s supervisor to check on them, or to confirm it’s a false alarm.

The device sends its GPS location to the monitoring centre which utilises mapping software, the operators can direct help to where it’s needed.

The lone worker protection market in Europe and America is forecast to double in size by 2021, according to market research consultancy Berg Insight.