Many agents are having a deserved break next week - well, as much of a break as looking after children and grandchildren will allow.

One thing that doesn’t seem to have any downtime, however, is the heroic work done by the agency for good causes. This week we have several more examples.

Do please let us know what you are up to by emailing press@estateagenttoday and we’re happy to publicise your fabulous work.

Warddykes Primary School, Arbroath: A P7 pupil at the school has won a competition to Draw a Fairy Tale Castle and will have their design printed on 200 glossy new property guides.

Run by local estate and lettings agency Wardhaugh Property, the victor was Carly Menmuir (pictured below, front and centre) who fought off stiff competition from over 50 entries from fellow pupils.

Staff from Wardhaugh Property judged the competition and said that choosing only one winner was a “very difficult task” but that Carly’s “beautiful and bright” design caught their eye. 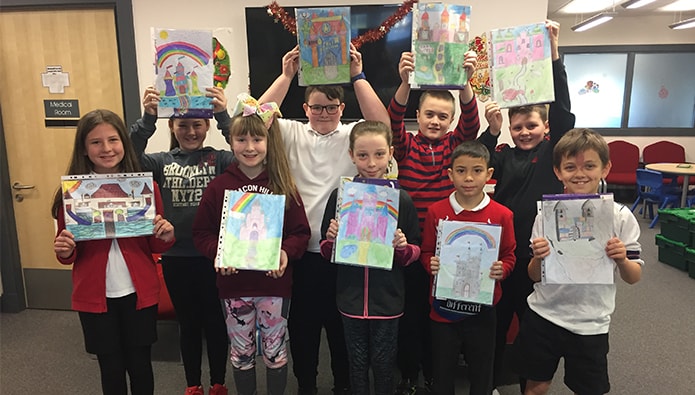 Wardhaugh Property’s in-house property guides are available now and can be picked up for free from their Arbroath and Forfar branches, as well as various other local retailers. The guide is packed full of useful information, industry analysis, and properties for sale and rent across Angus with Carly’s design featuring on the front cover.

The agency presented the school with a £100 cheque to put towards art supplies and Carly with a £20 WHSmith voucher. The standard was so high across the board that eight runners up were chosen and were each presented with a small prize.

Calling London: This charity has announced that 2017 was a record year for its Winter Coat Campaign with an incredible 4,500 coats collected in total, 2,000 of which were donated via estate agency Chestertons after the business turned its network of 33 London offices into public collection points throughout November.

Bags of warm coats and puffa jackets were collected and distributed before Christmas to over 40 charities and shelters across the capital, including: homelessness charity St Mungo’s (Chestertons’ charity partner), Crisis at Christmas, Rugby Portobello Trust, Dressed for Success, Suited & Booted, The Pilion Trust and food banks. 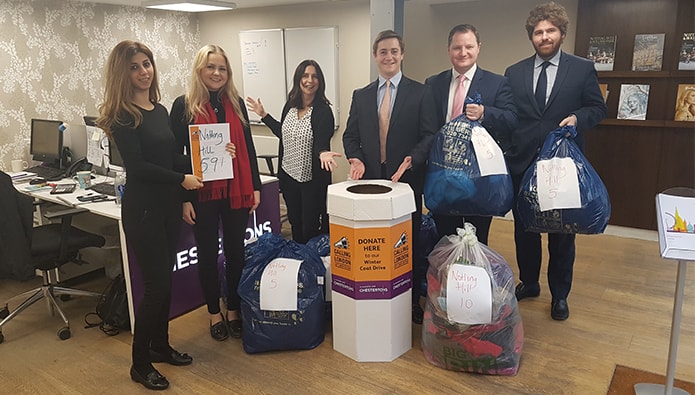 Chestertons began its partnership with Calling London in 2014 and since then has collected over 5,500 coats for needy Londoners. The total number of coats collected by Chestertons for the charity in its first collaborative year was 505, but four years on and this figure has grown fourfold to a record 2,000 donated coats.

Giles Milner, marketing director and chairman of Chestertons Charity Champions, says: “Our aim this year was to collect a record number of coats by engaging with as many individuals, local community groups, businesses and schools as possible and I am very proud of the record-breaking result. Freezing temperatures and strong winds have left some Londoners in a really vulnerable situation this winter, making it more important than ever to help The London Winter Coat Campaign with its vital support of people living in London.”

Staff have helped in the fight against the root causes of homelessness by donating £100 of their commission for each property they sell. Clients are invited to give a donation upon completion alongside the office.

The donations generated will go into The Fine & Country grant programme, which is opening next month. Homeless charities will have the opportunity to apply for grants of up to £15,000. 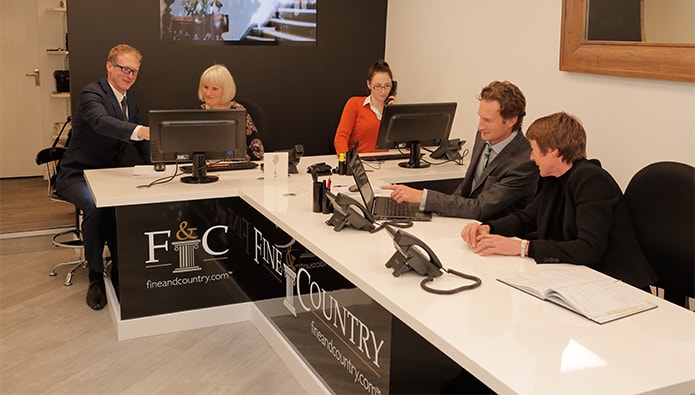 Nigel Plaskett, associate at Fine & Country Stratford-upon-Avon says: “It will be great to do all we can to help those unfortunate enough not to have, at the very least, a roof over their heads.”

Malcolm Lindley, founder and trustee of the foundation adds: “I formed this foundation because Fine & Country deals with the most luxurious and beautiful properties in the world and it is only right that we should help those on the other side of the coin. Seeing the growing enthusiasm from offices like Stratford-upon-Avon gives me the assurance that we can reach our goal of raising £1,000,000 per year.”

It’s not just that the days are shortening and the occasional...