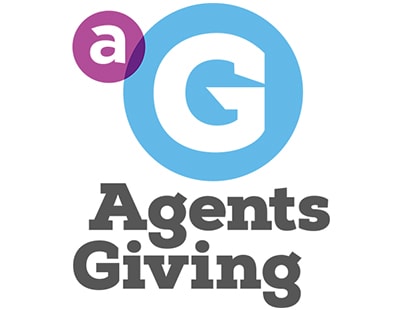 Peter Knight, co-founder and public face of Agents Giving, is stepping down as the charity’s chairman.

He is to be succeeded by Michael Stoop who is also non-executive Director of The Property Ombudsman scheme and chairs the TPO Industry Forum.

Peter Knight has led Agents Giving for 11 years and says it’s now firmly established as the industry’s charity raising up to £1m a year for good causes.

“It's now time for a new helmsman to steer it on to £5m and beyond. We've set up several key initiatives such as the current Donate a Coat campaign and Donate a Food Parcel project, as well as making grants available for agents to enable them to fundraise for the charities and causes closest to their hearts” says Knight.

“I feel we've just scratched the surface and there's so much more the industry can do.

“I've been incredibly fortunate to have several key people support Agents Giving and one of these stalwarts, Michael Stoop, is taking over the Chair role with immediate effect.

“Michael has asked me to continue as a director which I'm pleased to do and of course I will continue to support the charity in any way I can."

Charity patron Phil Spencer sent a message of his continued support and said: "Peter, You’ve been an inspiring leader to all involved."

Michael Stoop, who has been involved with the charity for nine years, says: “I hope I can continue the fantastic work that Peter has been so instrumental in achieving for this wonderful charity."

Agents Giving supports agents with their fundraising by providing grants to help cover their costs so that every penny raised goes to the charity of their choice. In addition, Agents Giving promotes a range of charity and community activities the industry delivers across the country.

The first agent to open a franchised Winkworth branch has returned...

Agents Do Charity - and it’s not just the London Marathon this weekend… ...

Hello and welcome to the end of the week - another...