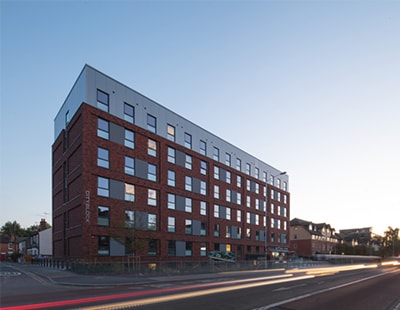 Property analysts say ‘flippers’ - those who buy new homes and sell them quickly, hopefully for a profit - are losing money hand over fist.

London estate agency MyLondonHome says these losses are not recorded in some official house price measures which register only the original purchase price.

The revelation has been reported by financial information consultancy Bloomberg which says: “Property flippers are being burned by the slowdown in demand for shiny new apartments. In some cases, homes in towers that are nearing completion are being sold on for as much as 25 per cent less than the value at which they were reserved, according to … MyLondonHome, which has a division specializing in this type of transaction.”

The Bloomberg report also cites other reasons as to why the capital’s housing market is significantly worse than it appears on the surface.

Bloomberg says: “Everyone knows London home sales are falling. One measure, buried deep in a report by the Royal Institution of Chartered Surveyors, suggest they’re now at a record low. Each real estate office is selling an average of just eight homes every three months … Looking at the measure over the 12 months through October, sales are at the lowest annualized level since RICS began compiling the data in 1994.”

It says the crisis is worst for new-builds with developer Crest Nicholson Holdings Plc closing its London division after warning that the market for new homes is worsening.

“The number of completed properties that have yet to find a buyer has surged by almost half this year and now stands at a record, according to data compiled by Molior London. In central London, new-home sales are on track to fall by about 25 per cent this year” Bloomberg continues.

As a result, developers are moving elsewhere - Bloomberg cites Birmingham where the price-to-earnings ratio is just under eight compared to London’s which is almost 15 times.

Flipping no longer an option thanks to market frenzy, says agent ...

An online agent operating in the Midlands says the idea of...

An analyst for business data consultancy Bloomberg has some news for...