So this is (almost) it. Next week may be a quiet one for business as vendors and landlords alike begin to slow down for Christmas - but agents and industry suppliers still seem hard at work raising funds for good causes as well as keeping branches open.

It’s been a great year for Agents Do Charity and this bumper edition shows why - our industry, often under-the-radar, does great fundraising. Congratulations to all those who have helped others this year.

Do please email us at press@estateagenttoday.co.uk with your good works - here we go with this set of heroes…

Agents Giving: The fifth annual Agents Giving Charity Ball, supported by The Tenant Shop, has raised over £500,000 for charities across the country.

Agents Giving’s fundraising champions were announced with Thomas Morris winning the Best Company Fundraising who show a genuine long-term commitment to local charities and the Do It for Dom team for Best Team Event, with their climb of Mount Snowdon for industry colleague Dom Subbiani following his diagnosis of Huntington’s Disease.

The Best Individual Fundraising was won by Lynn Cannell of LCA Jobs for her 100k night bike ride to raise awareness for dementia and alzheimer charities.

Embrace Mortgage Services won the Best Creative category following their campaign supporting Street Link by handing out essentials to the homeless. Spicerhaart took home the award for Special Fundraising following its work on Magic Moments which takes terminally ill children and their families to Disneyland.

A special industry award for Outstanding Contribution was won by Paramount for its support of Brent Foodbank. The CSR award was won by Urban Patchwork with its fresh approach to CSR and support of homeless charity The 999 Club.

The night also saw some of the industry’s brightest stars take to the stage in “Agents Got Talent”.  There were singers, dancers, a poet and musicians all battling it out for the winner’s trophy.  Olivia Snow from Hamptons International won the competition after a stunning performance of “Don’t Rain on my Parade”. 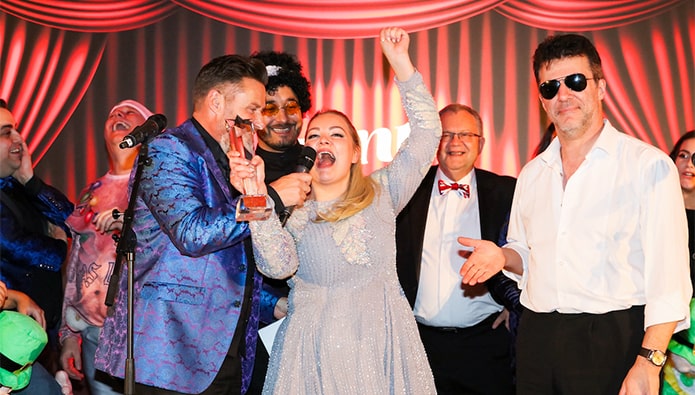 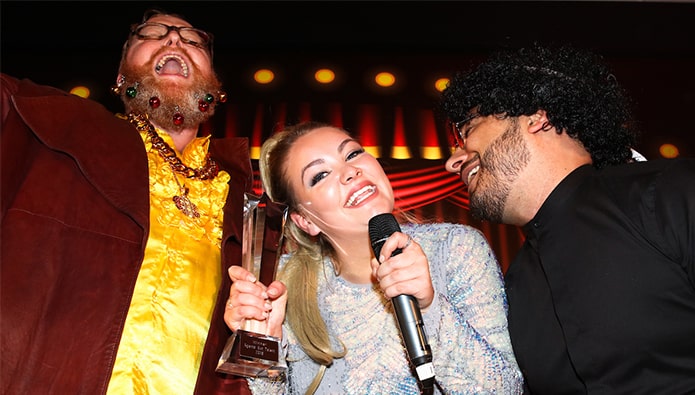 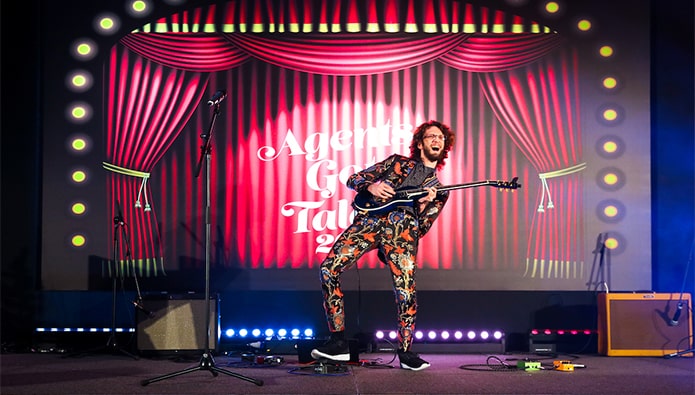 In 2016 Anne first heard about the Operation Christmas Child shoebox appeal, run by the international relief and development organisation Samaritan’s Purse. “The idea is to take an ordinary shoebox and fill it with gifts for a young child suffering hardship somewhere in the world,” she explains. 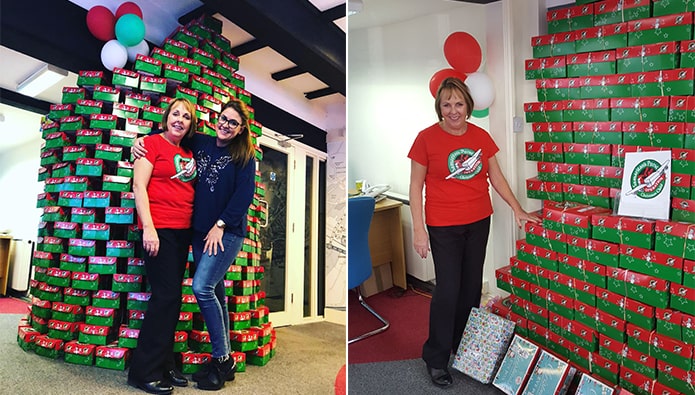 Anne repeated the exercise in 2017 and thanks to Ward & Partners, who supplied the boxes, and by harnessing the power of Facebook, she succeeded in collecting a grand total of 209 boxes.

This year Anne really pulled out all the stops, putting together a constant stream of FB posts about the progress of the appeal, including videos of some of the children who had previously received boxes.

Her efforts paid off spectacularly. All sorts of people got involved, from her daughter Katie and work colleagues (including Arun’s Group managing director David Lench) to complete strangers who had picked up on the campaign. And this year’s final tally? A staggering 268 boxes, all packed with Christmas gifts for some of the world’s poorest and most deprived children.

As for next year? “Watch this space!” says Anne.

“We want to help them, make Christmas special for local people that need some extra help. We are asking for Christmas Food donations. For every item we receive we will match it.

“Just £1 can buy a chocolate orange, a box of matchmakers, even a small selection box. Please will you donate an item? Every single one will make a difference”

You can see the video here.

Hospice at Home: Staff members at estate agent Dafydd Hardy’s Holyhead branch have raised a fantastic £1,500 for Hospice at Home.

The palliative care charity, which recently merged with St David’s Hospice, works to provide high-quality care to patients wishing to live out their final days at home.

Fund-raising events included Singing For Pleasure, a singing group from Benllech, plus music, mince pies, and mulled wine, as well as a cake sale and even a Memory Tree – generous customers could donate a small fee to hang a bauble with a personalised message for a loved one on our Christmas tree. 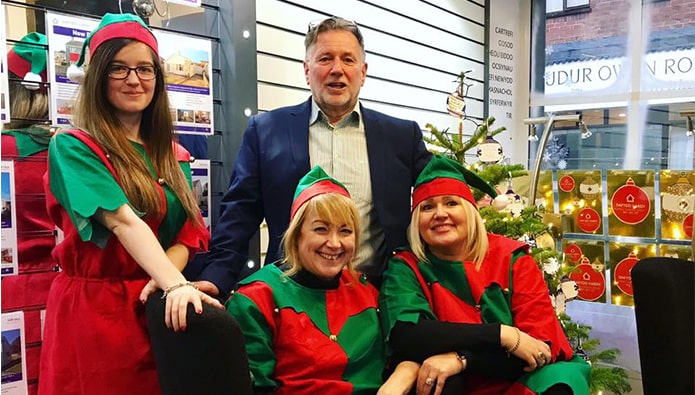 Dafydd Hardy says: “This was a fantastic event organised by our Holyhead team and the Land and New Homes manager, Penny Lofts. I’m proud to say they raised £1,500 for an excellent cause and a charity I’m very close to.”

This recognises the efforts of suppliers who organise fundraising events and support charities and causes by donating time or services.

Relocation Agent Network’s submission this year focussed on its #OneThousandItemsofFood event, which saw its members across the UK collect more than 6,500 items of food and vital supplies for foodbanks - surpassing its original target to collect 1,000 food items. 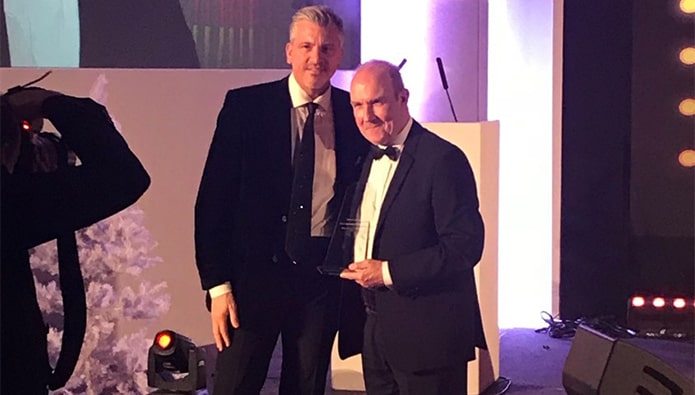 Richard Tucker, Relocation Agent Network’s managing director, says: “[The] network’s fundraising initiatives are a true example of collaboration amongst our Network members, who work together to ensure any fundraising event we organise is successful. This accolade is a fantastic way to recognise these amazing fundraising efforts by our member estate agents and suppliers.”

Grants have been made which encourage best practice in the sector, educate landlords on their obligations, and ensure tenants are informed about their rights and responsibilities.

Projects to have benefited in the last year include Community Links Bromley which received £8,870 for an online toolkit for new tenants entering into the private rented sector and the Centre for Sustainable Energy which received £14,050 to support landlords in the South West to better understand their obligations around new Minimum Energy Efficiency Standards.

Sutton Borough Citizens Advice Bureau received £22,181 to create a training package to give trainee volunteers the necessary skills to be able to give accurate, relevant and up to date information, and the Refugee Council was given a grant of £10,000 to help provide advice sessions for newly recognised refugees in searching, securing and maintaining tenancies.

“The diverse and far-reaching projects which the Foundation has given grants to this year show the importance of the private rented sector in so many people’s lives” says Martin Partington, chairman of the TDS Charitable Foundation.

Spadework: Mortgages for Business and Keystone Property Finance, have teamed up with Offham-based charity Spadework to deliver hampers to their corporate partners and clients.

Spadework, which provides day care services and meaningful work-based opportunities for more than 100 adults with learning and other disabilities, will be packing 82 hampers for the two local businesses.

Jenny Barrett, marketing and research director at Mortgages for Business, says: “Every year we hunt for special gifts to send as a thank you to our corporate partners. We came across Spadework only recently but immediately we knew we wanted their wonderful hampers. Not only do they make perfect presents but by supporting this very hands-on charity we can give back to the local community.”

End Youth Homelessness: Newbury Building Society has raised over £8,900 in sponsorship and donations after taking part in this year’s Mortgage Sleep Out - well over twice its original £3,500 target

The 35-strong team faced a wet night in the middle of Falkland Cricket Club’s training ground in aid of the event’s charity partner End Youth Homelessness.

Emma Simms, marketing and communications manager at Newbury Building Society who was the driving force behind the campaign says: “We can’t thank those who supported us enough for their encouragement and kind donations. We are amazed with the amount we have raised; it will help a lot of young people in need this winter, who are without a warm, safe refuge.”

Social Bite: Two property entrepreneurs have offered to donate some of their flats to the homeless, in a unique collaboration with the charity Social Bite.

Dundee-based Graeme and Leanne Carling are offering units from their extensive property stock in Tayside free of charge.

As corporate sponsors of Sleep in the Park Dundee, the Carlings have already donated £5,000.

Part of Social Bite's mission is to make actual homes available for the homeless, rather than hostels and bed and breakfasts. Its Social Bite Village in Edinburgh opened in July. Social Bite and PRS Group are in talks over how the property firm can divert some of its units for use by the homeless.

Social Bite founder Josh Littlejohn says: "We're delighted to be working with Graeme and Leanne on both Sleep in the Park Dundee and on their offer to provided free accommodation for the homeless. It's only through innovative solutions like this that we will help eradicate homelessness in Scotland."

Fundraising started back in January at the company’s annual conference. During the conference, attendees were informed of the services The Donna Louise Hospice provides its children and young adults with life-limiting conditions, as well as their families. It was also revealed at the event that any money raised for the chosen charity would be matched by the SDL Group. 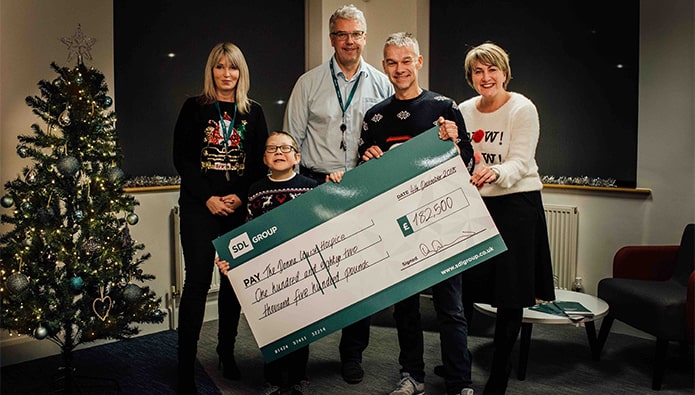 Since then, both employees and business partners have rallied behind the Group’s fundraising efforts through a combination of firm-favourite fundraising activities and the unique, including: pub quizzes, charity bingo, a clothes swap, bake sales and even employees getting ‘LOST’ in the name of charity.

SDL chief executive Paul Gratton says: “I want to say a massive thank you to everyone that has supported our vision throughout the year. We are delighted that the money we have raised will make a huge difference to such a remarkable charity.”