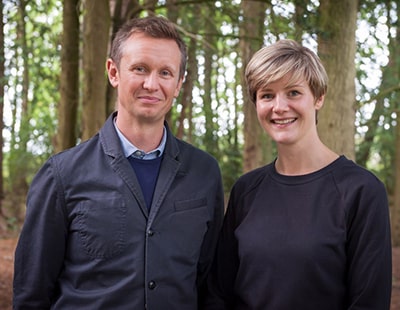 An estate agency that’s been commended for its flexible working has launched a recruitment drive for franchisees who would keep 75 per cent of all commission on sales and lettings.

Mr and Mrs Clarke opened in 2014 and operates as a hybrid - without a High Street office but with agents visiting vendors to give market assessments and valuations, advertising their instructed properties on Rightmove and Zoopla.

Recently hailed as “pioneers of flexible working” by the Sunday Telegraph, the agency has now launched what it calls ”an ambitious recruitment drive to attract great people from within the industry to join us as partners.”

There is no up-front franchise fee and partners only pay a small monthly support fee and take 75 per cent of all commission for sales and lettings. There is an in-house design team, concierge call centre and admin unit to service franchisees.

Mr & Mrs Clarke has six partners currency working across the West Midlands, Lincolnshire, Warwickshire and Oxfordshire and will soon launch in London.

“We aren’t an online online agency, we don’t have a High Street office - we are a modern agency providing beautiful marketing and bespoke services. We set the company up because we were disillusioned with the buying and selling process and we were shocked by the terrible marketing from most estate agencies” Paul Clarke has told Estate Agent Today.

“Over the last three years the industry hasn’t changed - it seems to be consumed by tit-for-tat arguments and a race to the bottom attitude on fees. Good agents have nowhere to go - they can hop between the corporates, they can work for a cheap and not so cheerful online operator or they can set up on their own” he continues.

Back in December 2015 EAT reported that the agency - which handles sales and lettings and has its main office in a rural location - was opening a pop-up branch for three months in an interiors shop in Leamington Spa.

Hybrid estate agency to 'pop-up' in an interiors shop ...

A company that describes itself as a hybrid between a traditional...