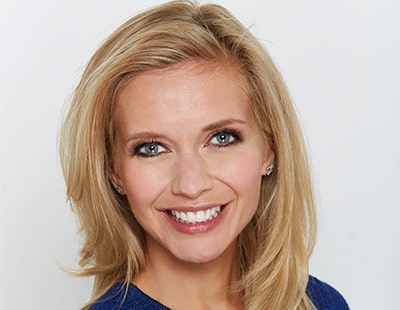 “I’ll have a vowel please Rachel….then an award.”

The puns are likely to be much in evidence in the New Year when Countdown star Rachel Riley hosts The Guild of Property Professionals’ awards.

The presenter - a polymath who also appears on the parody programme 8 Out Of 10 Cats Does Countdown - has been confirmed as the anchor for the Guild event, to be held on January 17 at the QE11 Centre in London, opposite Westminster Abbey.

The awards ceremony will be sponsored by The Daily Telegraph.

“Rachel was our first choice as the presenter for the awards and we are delighted that she has agreed to be a part of the conference. Having her there will add to an already memorable and special occasion” says Iain McKenzie, chief executive of The Guild of Property Professionals.

“The conference and awards annual event is a great opportunity to celebrate and honour members of The Guild who have excelled in various categories throughout the year” he adds.

“We will be presenting a number of awards to both sales and lettings agents, which includes reviews received from their clients using the ESTAs platform.

“The Guild works with best-in-class agents who operate at the highest possible levels of professionalism and service. At the conference we will acknowledge Guild Members who continue to go above and beyond for their clients and the industry,” he concludes.

The shortlist has been announced for the annual Guild of Property...