Hello and welcome to another Agents Do Charity, our round-up of great work done by our industry to raise funds for good causes.

Let us pay homage to your agency’s activities by letting us know what you’ve been doing - especially as we’re just one week away from Children In Need and with Christmas just around the corner. Email us on press@estateagenttoday.co.uk and we’ll do the rest.

In the meantime, sit back and start this week’s roll of honour at the cinema.

Strong Women In Support of Breast Cancer Haven Charity: The excellent folk at London agency Draker have hosted an exclusive charity film screening of the new movie Widows for some 250 guests at London’s Curzon Soho cinema.

And it was a huge success, with £7,250 raised for this excellent cause.

An extra bonus was that the showing of the film - highly rated and from Academy Award-winning director Steve McQueen - was ahead of its general release.

Draker’ s managing director Tim Hassell says: “After the success of our first film night in June, we wanted to continue to support a great charity, by bringing people together and entertaining them, as well as raising awareness and money for Breast Cancer Haven.  Draker was thrilled to host this event and our guests enjoyed a hugely positive, fun evening. We are extremely grateful to them for their generosity and are delighted to have raised £7250 for such a good cause.”

Three lucky guests ended the night as winners of generous raffle prizes - a made to measure men's suit courtesy of Alexandra Wood bespoke tailoring; a chauffeur driven Rolls Royce experience courtesy of Rolls Royce and a cut and colour with a top stylist at Charles Worthington Hair Salon 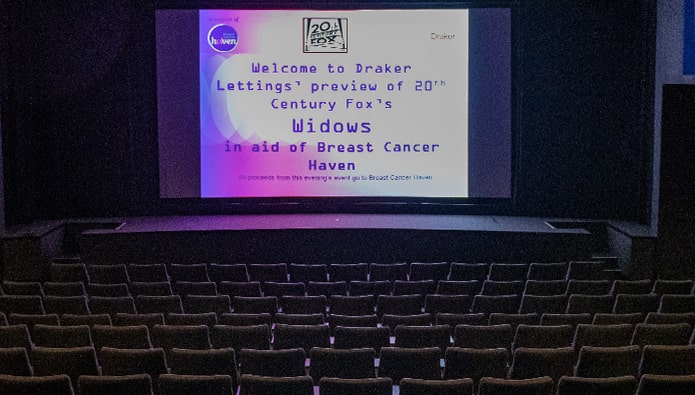 Shell Quaile, Special events manager at Breast Cancer Haven adds: “Around 60,000 women are diagnosed with breast cancer every year.  Our charity aims to provide dedicated specialist help, advice and support through our six welcoming centres across the UK to enable women to cope better with the physical, emotional and physiological side-effects of this disease. We rely entirely on charitable donations to deliver our free programme of care and are hugely grateful to the Draker team for all their efforts in organising this event; raising such a large amount of money will really boost the care and support we can provide to individuals.”

Fine & Country Foundation: The foundation’s annual Christmas carol concert will be held in the stunning and historic location of King’s College, Cambridge Chapel on December 2.

Fine & Country Cambridge and King’s College will jointly host the event with traditional carols will be sung by King’s Voices with selected songs including classic favourites ‘O Little Town of Bethlehem’ and ‘O Come, All Ye Faithful’.

The festive occasion is to raise money for local homeless charities in Cambridge; three homelessness charities will be supported - Emmaus Cambridge, Jimmy’s and Wintercomfort.

All ticket costs and donations will be split between these three charities, and there are 50 VIP tickets available which offer reserved seating and a VIP reception.

The event begins at 5pm. Standard tickets are £30; VIP tickets are £40. Visit www.shop.kings.cam.ac.uk/box-office-s/1514.htm for more details and to book.

Agents Giving: Last winter Agents Giving had a fantastic response to its Winter Coat Drive, which saw the collection of more than 500 bags full of unwanted coats which were then donated to homeless charities and shelters throughout the UK.

The charity is continuing to push for agents to keep on collecting for their local communities now the weather is getting colder this year, too. 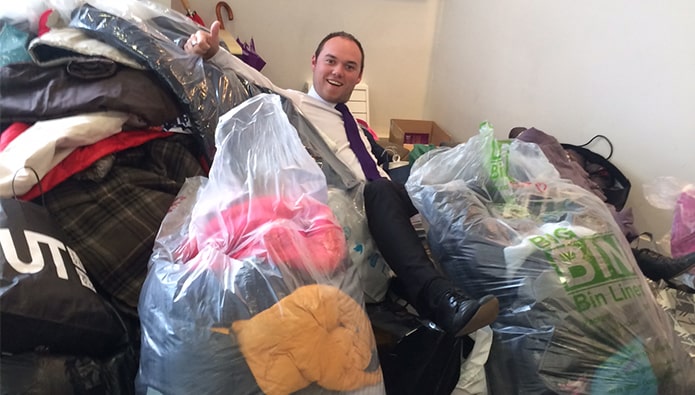 Michael Stoop, Agents Giving director, says: “We always have a fantastic response to the Winter Coat Drive with property agents and experts alike collecting coats for those in need. Most winter nights the temperature will drop below zero, and the vulnerable are in desperate need for insulation to keep warm, which is why we are continuing to push for agents to keep on collecting coats and donating.”

As part of the drive Agents Giving has been asking supporters to send tweets and email images of their collections. 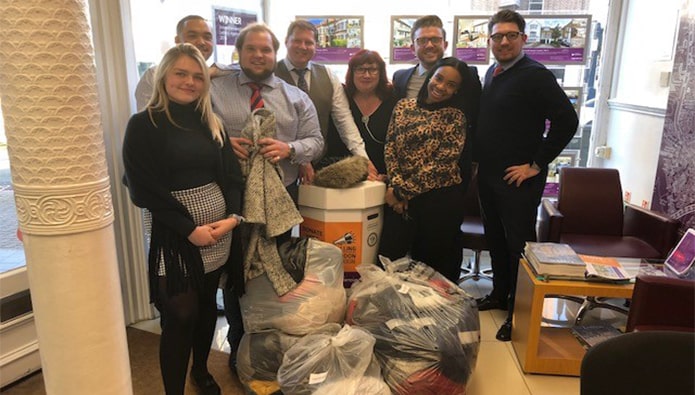 Also don’t forget you local foodbank this winter – Agents Giving is proud to support The Trussell Trust, the UK Foodbank Network to help tackle poverty in the UK.

Agents Giving has this year been encouraging agents nationwide to support their local foodbanks. You can donate a food parcel, donate your coats, fundraise for them or volunteer your time this winter.

And finally on this special weekend, a look back... Giles Wreford Brown of Symonds & Sampson LLP writes: “At the outbreak of World War One the Soldiers’ and Sailors’ Families Association was the only charity set up to care for the families of servicemen.

“Just days after the start of the war the government called upon the charity to help ensure families were not left to struggle by the departure of men heading to the front.

“After the first 15 months of the war more than £5 million had been raised by The Prince Of Wales’ National Relief Fund. Our firm held auctions to raise funds and soldiers and families were grateful and reliant on this charity and the Red Cross.

“Members of the British Red Cross and the Order of St John were organised into Voluntary Aid Detachments (VADs). All members were trained in first aid and some trained in nursing, cookery, hygiene and sanitation. The majority of female VADs volunteered as nurses, trained by the Red Cross. They were dispatched throughout the UK and Europe during the conflict.

“During the war, they provided auxiliary hospitals and convalescent homes for wounded servicemen. Many people offered their properties to the cause. Hospitals were set up in town halls, elementary schools, and private houses.

“Red Cross working parties throughout the country organised the supply of clothing for soldiers in hospital. They also made vital hospital items such as bandages, splints, swabs and clothing. Their work was coordinated by The Central Work Rooms.

“We have found a unique record of how our firm helped raise funds in 1916 which included coordinating the British Farmers’ Red Cross Fund in an appeal to raise £500,000.

“The collecting cards have the name of the collector and details that it is an appeal for sick and wounded soldiers. It was not only money that was given, and it is quite heartbreaking to see how everyone was prepared to do their bit however small. Some donate as little as two shillings and sixpence, others five dozen eggs, half a sack of potatoes, cheese, geese and ham.

“Our firm also held an auction of donated items including cattle, donkeys, sheep, swine, dogs, implements, poultry and rabbits, flowers and vegetables. The total sale on 16 June 1916, including a sale of flags, was £770 3s 5p.

“By the end of the war the Red Cross had provided 90,000 VADs, who had volunteered at home and abroad.

“Over 1,786 auxiliary hospitals had been established, with patients arriving by staffed ambulances, hospital trains and motor launches. After the war, equipment from the auxiliary hospitals was distributed to local general hospitals, rehabilitation centres, sanatoriums and other medical centres.

“Over £21,885,035 had been raised through fundraising efforts and the majority of the money was spent on hospitals, medicine, clothing and care for the sick and wounded.

“Our firm and the farming fraternity of Dorset did their bit for the cause and it is something we are very proud of.”

The National Association of Valuers and Auctioneers has presented Katie Semmens...