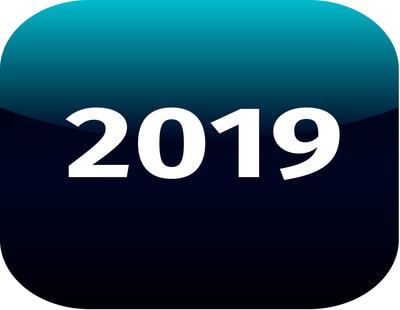 It’s November so forecasts for next year are beginning to emerge from high-end agencies with research departments - and the first one suggests 2019 will not be as bad as many fear.

JLL claims that a new phase of affordability and a sharp rise in confidence will take hold first in London and the south of England, where prices will rise  once a deal has been agreed on Brexit.

Specifically, it says house prices across the UK will grow by 11.4 per cent in the next five years, starting slowly in early 2019 where growth will actually drop from the current three per cent to one per cent.

But then there will be an increase to 1.5 per cent by the end of 2019, post-Brexit deal, and price growth returning to what JLL calls “a more stable three per cent” per year by 2021.

However, these figures do not take into account inflation, which in some cases may outstrip the forecast rises.

The number of UK housing transactions is predictet by the agency to be 1.15m next year rising to 1.32m in 2023.

“The expected upswing in the market over the next five years is predicted amidst a difficult era where uncertainty surrounding Brexit has dented consumer confidence, casting a shadow over personal finances and negatively impacting the UK housing market” says Adam Challis, head of UK residential research at JLL.

“From 2021, we expect greater economic certainty to improve business and consumer confidence, which will lead to a more buoyant housing market and a return to growth in house prices” he adds.

Specifically for London - a core market for JLL - Challis says: “Brexit, poor affordability and stamp duty changes have exerted pressure on the London market during the past three years and house prices have fallen in prime central London and in new build central London developments. House prices are also now declining on an annual basis across Greater London and predicted to remain weak in first half of 2019.

“But once a deal has been reached we expect to see a sharp rise in confidence, prices will rise immediately, and demand from international buyers keen to benefit from short-term currency advantage will increase” says Challis.

He says the central London development market should also respond quickly, with price growth nudging up 1.5 per cent and accelerating as confidence returns.

“Oversupply of units may temper growth initially, but with supply set to slow, price growth could rise by up to five per cent by 2021” he concludes.

But JLL and Challis are far less upbeat about buy to let, and they take a swipe at existing BTL landlords.

“Government initiatives have unwittingly caused a step change in the rental market, sparked by a decrease in uptake of BTL mortgages by individual landlords, put off by muted house price growth and lack of financial incentives.

“This gap in the market is accelerating investment by their institutional counterparts [Build To Rent operators] providing tenants with a new reality when it comes to renting – one where they are less exposed to ‘amateur’ landlords and more likely to be dealing with a well-organised corporate entity with a real commitment to tenant service.”

Poll: Are forecasts for 2019 useful, given UK uncertainties?

2020 is the year to reassess the housing market, says agency ...

The next 12 months will be an opportunity to reassess the...

Rightmove predicts that the price of property coming to market in...