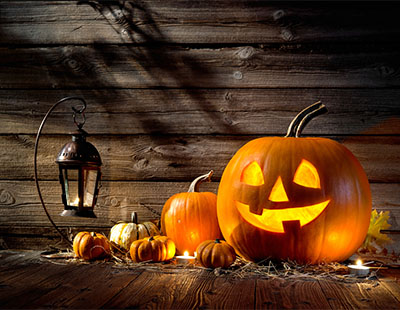 You know the shiver you get when the portal reps call you out of the blue? That cold sweat in the night when you think of your office’s monthly outgoings?

Well, one estate agency in London has got its own back this Halloween by ruining Rightmove…or, more precisely, by putting a ruin on Rightmove.

JOHNS&CO, which last year at about this time took on the appropriately-named 666 Mortem Lane, has another spooky listing today: it ran on Rightmove this morning until being removed by the portal but now it can be seen on the agency's website here.

According to Clynton Nel, director at JOHNS&CO, the estate would make a superb renovation project for boys and ghouls influenced by the likes of Grand Design.

“For the purposes of full disclosure, we have a duty to let interested parties know of some unusual goings-on in relation to Anathema Estate” Clynton tells us.

"There have been unsubstantiated reports from neighbours of incessant screaming in the early hours and digging noises from the gardens. The current vendor has been uncontactable for some time but our visits to the property have been inconclusive” he adds, saying all this clanking of chains not put buyers off - even though, one would imagine, a few would prefer a plot instead of a house.

And talking of Halloween, online agency Housesimple has taken up the theme by suggesting that it really is a nightmare on Elm Street - at least if you’re a vendor.

It says that 54 per cent of the 79 Elm Streets in the UK have had no property sales since last Halloween.

The 1984 slasher movie Nightmare on Elm Street has, some might say, put a curse on sales in real streets with the same name.

There have been no registered house sales in 10 years on one in seven of the 79 Elm Streets in the UK, with streets in Manchester, Belfast, Glasgow all suffering from fright blight.

Happy Halloween - and if you want a reminder of another trick-or-treat agency jape we ran earlier this week, you can see Helmores' fang-tastic video here.

Fangs a lot! Sink your teeth into this batty agency Halloween video ...

It’s that time of year again, when a tall ominous figure...

Halloween Gore-fest! More photos and a video of your celebrations ...

Thanks so much for sending in more photographs of your branches...

Agents Do Charity - and we’re back to school at last… ...

For many agents it’s been a big week…not because of the...

Agents Do Charity - and there’s so much great work still going on… ...

Hello - Friday already so that means another Agents Do Charity,...