OnTheMarket has this morning announced that it now has signed listing agreements with more than 11,000 estate agency offices - over double the figure it had when it floated on the London Stock Exchange in February.

The portal also says that it reached a record high of 17.4m visits last month - more than three times the number of visits compared with February. On top of that, in September the portal claims it delivered record levels of phone and email leads to its estate and letting agent customers - more than four times that of February.

“Our strategy to grow rapidly the scale of the portal is working and these latest milestones indicate that more property-seekers using OTM and viewing more properties - many of which are listed with us on a new and exclusive basis - is a recipe for generating more value to agents. That value is not just in the direct advertising return we provide but also in creating much-needed competition in a market previously dominated by just two large portal groups” says chief executive Ian Springett in a note to shareholders today.

Meanwhile Strutt & Parker, one of the agents that founded OnTheMarket, has taken out a full-page advertisement in the Sunday Times to promote the benefits of advertising on three portals - Rightmove, Zoopla and OnTheMarket.

The advertisement stated that Strutts “is one of the only national estate agents with access to all three major property portals”.

It went on to tell prospective vendors or landlords that they should contact the local Strutts office if they wished “to take advantage of an estate agent with the highest level of online visibility and exposure.”

In December 2014 Strutt & Parker gave a contrary view of the portal market.

Its then head of agency, Michael Fiddes, issued a statement at the time saying it would be dropping listing on Zoopla and instead would, from January 2015, be advertising its properties only on Rightmove and the then-new OnTheMarket.

“This is the best possible combination of portals for our clients” said Fiddes, while the head of marketing at the company, Fiona Stewart, issued a statement saying the Rightmove/OnTheMarket combination was “the best overall digital strategy.”

However two months ago Strutts - while retaining its listings and support for OTM - rejoined Zoopla with the agency’s head of residential Guy Robinson saying: “Strutt & Parker now lists on all the major portals, including OnTheMarket, Rightmove and Zoopla, offering our clients maximum reach and high quality leads, as well as greater choice for consumers.”

The agency’s Sunday Times advertisement carried the slogan “Three is the magic number”. 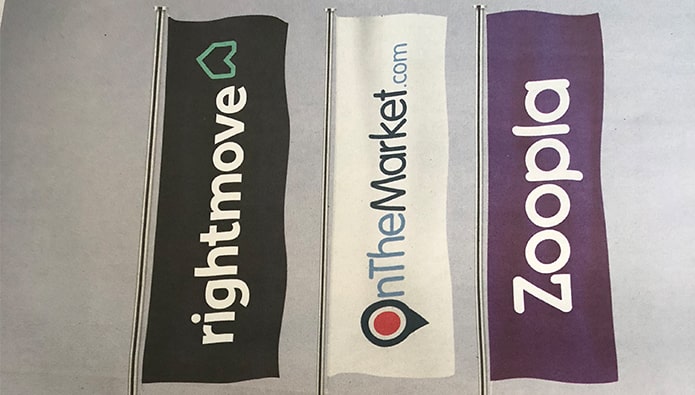 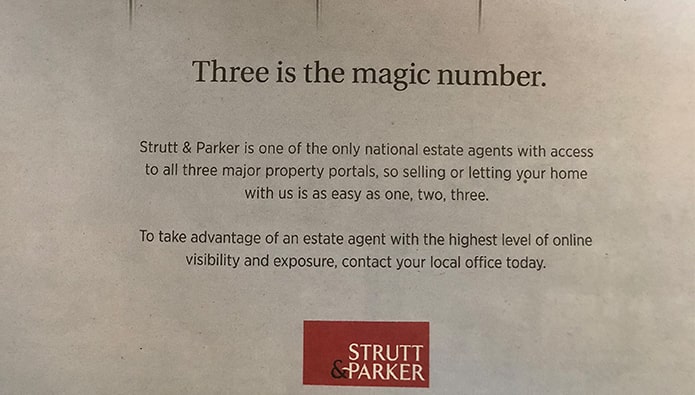 The Financial Times is reporting this afternoon that BNP Paribas, the...

Agents’ Mutual, the parent company of OnTheMarket, has released another testimonial...

Another OnTheMarket founding agency returns to Zoopla and PrimeLocation ...

A newspaper article claims that Rightmove and Zoopla are “awash” with...