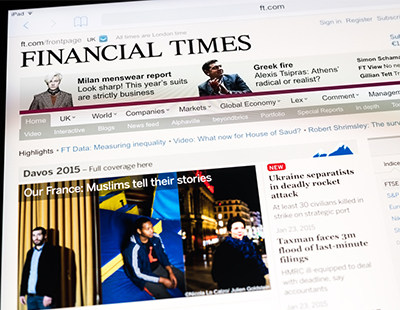 The Financial Times has identified that 10 of the 21 tables at the notorious Presidents Club dinner last weekend were sponsored by property industry companies.

The FT, in today’s paper, says some 151 of the 300 guests were invited by property firms and 39 individuals have been identified as working in what the paper terms ‘real estate’.

The article is a follow up to yesterday’s undercover revelations that the dinner, held at London’s exclusive Dorchester hotel, was presided over by hostesses who had been groped, sexually harassed and propositioned at the event.

Today’s piece quotes Neal Hudson, a former Savills residential research expert, who says: “The industry is living in the past and needs to bring its attitudes up to date. From talking to women in the industry there is definitely an awful lot of disgraceful behaviour going on.”

One property figure who attended the event, but is not identified by the FT, says the criticism of the event is unjustified.

“These are not underage girls. They are all over 18. They know what they are doing. They all know it’s a bit racy. There is free champagne. They can have a drink, they have fun. Do things happen after? God knows” he says, adding: “They can always complain to the police if so.”

The FT also cites a piece in Estates Gazette - reported in Estate Agent Today back in March 2016 - about the alleged widespread use of prostitutes by property industry representatives attending the annual MIPIM conference in Cannes, France.

David Hatcher, head of news and finance at EG, wrote that property as an industry had “a serious reputational issue” because of its attitude to women and sex, and appeared to some - however inaccurately - to be “run by arrogant, white old-school men.”

Hatcher said at the start of the piece that dozens of prostitutes lined one of Cannes’ main promenades and on the final evening of the event ‘business’ was brisk with many MIPIM participants - wearing accreditation - striking deals with the sex workers.

He wrote: “This behaviour goes against the grain of so much of society and isolates the property industry. Why would a young, intelligent, female with plenty of career options choose to work in an industry in which such behaviour appears so commonplace and is, to a certain extent, tolerated? She wouldn’t, and property is much poorer without such people who are put off by its image.”

The President’s Club says it is to close following the allegations and its remaining funds would be distributed to children's charities "in an efficient manner".

Pressure increasing on controversial MIPIM conference to clean up its act ...

Organisers of the MIPIM conference - primarily for commercial property but with a...