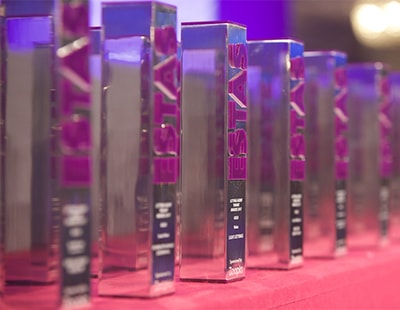 The ESTAS Group has announced that it now accepts Feefo reviews as part of its agency awards process.

The ESTAS Group’s Estate and Letting Agents Awards have worked with Feefo since 2016, when cross-promotional and subscription offers were announced across both review platforms; the ESTAS also introduced an award category in 2017 which recognises the best performing Feefo agent.

Estate and letting agents that currently use Feefo can now apply to The ESTAS Award Scheme and generate reviews across either review platform.

Feefo scores will then be combined with ESTAS customer service ratings to create a final score for The ESTAS competition.

“The awards have always been about real customers giving real feedback about real service they have received from their agents. Having worked together for over a year we know that Feefo reviews are only submitted by genuine customers because, like us, Feefo operates an invite only platform” explains Simon Brown, founder of The ESTAS Group.

“It only seems natural that as part of our ongoing partnership, Feefo reviews are accepted in our awards process. This will also help eliminate ‘review fatigue’ whereby clients receive too many requests for reviews.”

Matt West, chief marketing officer at Feefo, says: “Like The ESTAS our mission is to help estate and letting agents who are delivering great service to their customers showcase it. We’re extremely proud to be part of these awards because they place real customer feedback at the heart of everything, and we look forward to an exciting competition.”

This year’s awards sponsored by Zoopla Property Group will be held on Friday April 20 at the Grosvenor House Hotel on Park Lane in London. The luncheon and presentation will take place in the Great Room which also hosts the BAFTAS.

The winners will be announced by TV property expert Phil Spencer in front of 1,000 of the UK’s top agents. For information on how to enter or buy tickets for this year’s awards go to www.theestas.com.

* A survey by Feefo says the vast majority of under-35s regard reviews as more influential than family or friends when it comes to making major financial decisions.

Feefo’s survey of 1,002 individuals aged 16 to 34 was aimed primarily at finding out their banking preferences and gaining an insight into what made them open or change accounts at different banks.

Verified reviews were even more influential than verbal recommendations from friends and family according to 82 per cent of respondents who had accounts but had never switched provider; of those individuals who had switched provider three times or more already, no fewer than 88 per cent said that reviews were a major influence on their decision.

Feefo works with a number of estate agencies in the UK, including Countrywide and Purplebricks.

The ESTAS announce link up with global ratings and reviews firm ...

The ESTAS Group, which runs the national customer feedback scheme and...

The reviews element of the ESTAS Group has signed a two...