Welcome to 2018 and if your charitable activities are an indicator, it’s going to be a busy year with plenty happening already.

The year has changed but the rules haven’t - just email us, please, on press@estateagenttoday.co.uk with details of what you are doing, preferably with a photo and video too.

We will then do the rest, publicising your efforts and helping promote your fund-raising.

Now, where were we before being so rudely interrupted by the festive season?

The partnership will be led by Winkworth’s head office and rolled out to its participating franchised branches over the coming year.

“We’re thrilled to announce our partnership with Habitat for Humanity at the start of a new year, a great time to begin planning for what we’d like to achieve in the year ahead” explains Dominic Agace, Winkworth’s chief executive.

“When considering which charity we wanted to start fundraising for, it was important for us to choose one that represents the same key values as ourselves and that our sta could empathise with. Habitat for Humanity ticks all those boxes, where we both believe that a good home is one of the most important things in life and strive to provide decent housing for our clients.”

Habitat for Humanity International is an NGO that aims to relieve the cycle of poverty by building homes for vulnerable families worldwide. It was founded in 1976 in the United States, and today works in over 70 countries.

Sponsorship helped the agency raise over £5,100 pounds for local charities and schools as well as over £20,000 for Centrepoint.

These backed up other charitable activities earlier in the year including taking part in the annual London charity football tournament, sponsoring a school summerr fayre and taking part in a five kilometre race.

Stephen Ludlow, Chairman at ludlowthompson, says: “We are extremely proud of all our charitable efforts this year. Everyone here is so enthusiastic about supporting and strengthening ties with our local communities.

“ludlowthompson has a rich history of supporting worthwhile causes, and we look forward to continuing our charity and fundraising efforts in the new year.”

“We are especially proud of our relationship with Centrepoint, who we have shared yet another superb year with – raising over £20,000 and taking our total to beyond £145,000."

Wigton Moor Girl’s Under 9’s football team: The football mad girls only started playing together at the start of this season but are already making great progress and now has new kit thanks to sponsorship from Manning Stainton. 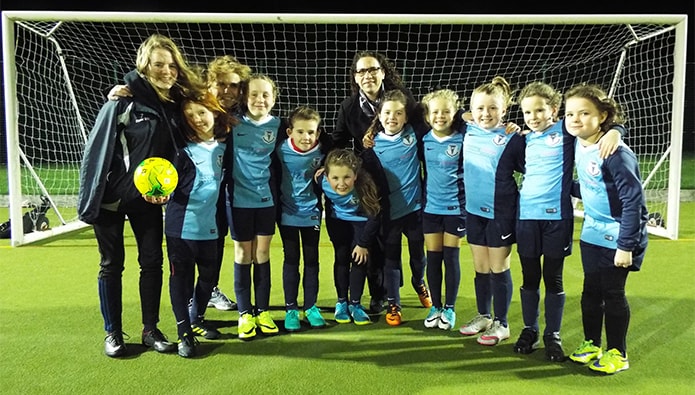 In the last 12 months the Yorkshire company has donated in excess of £50,000 to over 100 clubs, schools and community groups.

Louise Lawrence, manager of the Moortown branch, says: “The organisations we support are an integral and vital part of the local community and this is our way of acknowledging the incredible job they do.”

Action For Children: Intelligent Services Group - the parent company of IAM Sold, The Conveyancing Partnership and Medway Law - has raised £4,464.00 for Action for Children, following various fundraising events throughout 2017.

Action for Children is a UK children’s charity committed to helping vulnerable and neglected children and young people, and their families, throughout the UK. 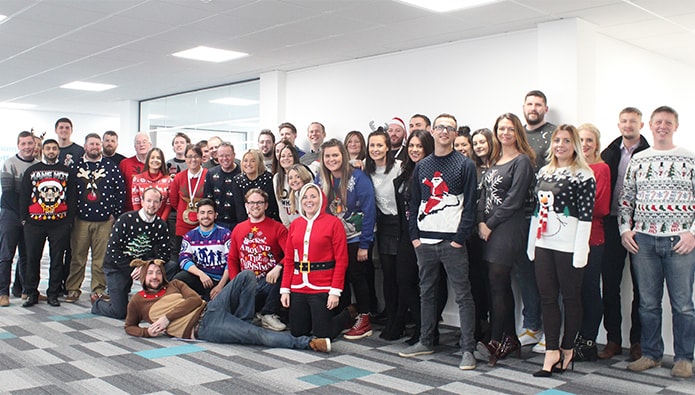 ISG raised the money in a variety of ways including participating in a sleep out, a Bake Off-style cake and pastry sale, as well as a recent Christmas jumper day where staff each paid £1 to the cause in order to wear their festive outfits.

“We actively encourage staff to participate in fundraising activities and we’re proud of their efforts in raising so much for such a worthy cause. Many of our employees have families and young children of their own, so were very happy to try and help those less fortunate. We hope that the money raised will in some way help to improve the lives of some of Britain’s most vulnerable children” says Ben Ridgway, ISG managing director.