Oh we do love a busy Agents Do Charity page, and this week’s is busy indeed - thanks to everyone for their contributions and, most of all, for doing such great work.

Join in the fun by letting us know what you’re doing. Just email us at press@estateagenttoday.co.uk and we’ll do the rest.

The 7km muddy obstacle race, which is organised by Agents Giving, takes place in May at a secret bunker estate in Essex and the gruelling challenges include a 'Death Slide' and 120m Gorrila Bars.

"This promises to be a challenging event, but we're more than up for the challenge and look forward to seeing lots of agents and property professionals taking part on the day, all in aid of some fantastic causes” explains the ever-enthusiastic Nat Daniels, chief executive of Angels Media, the publisher of Estate Agent Today and Letting Agent Today.

Kings Heath Foodbank: Since December last year, the good people of the Heritage Estate Agency have been collecting for a local branch of the Trussell Trust foodbank.

The agency’s Jenny Hill writes: “With limited funding the food bank can only open one morning a week for donations. As our office is located on Kings Heath High Street and near a school we hope that we are encouraging and helping those who want to donate to do so. They can drop donations into our office six days a week, morning and afternoon! 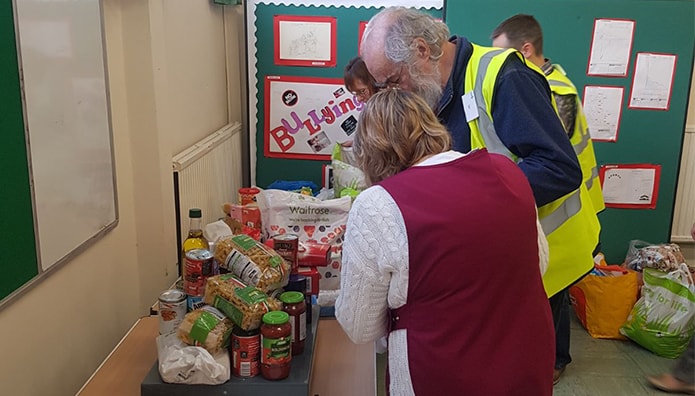 “We have been spreading the word and letting the community know what a wonderful job the volunteers at the Trussell Trust do and encouraging local residents to donate via our office.

“We had a fantastic result on the run up to Christmas. Now, into New Year we are still receiving lots of donations and intend to keep this running for the foreseeable future.”

Keep up the great work Jenny...

Farley Sports: This amateur team has kicked off 2018 in style thanks to Manning Stainton agency.

The Wortley branch of the firm has provided the team with a new kit as part of its on-going Community Support Programme through which more than £50,000 has been donated to over 100 good causes in the last 12 months. 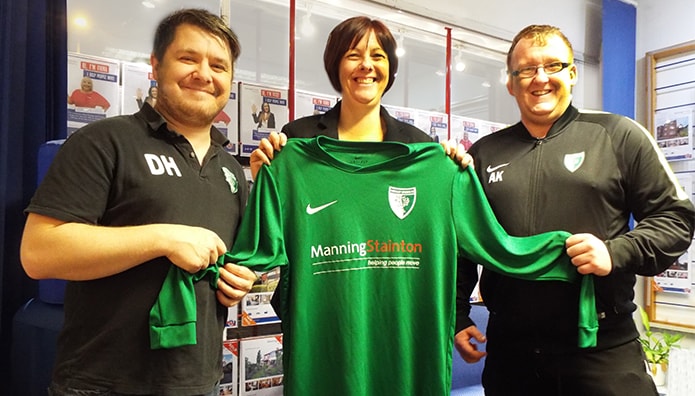 Based in St Albans, Hertfordshire, the Verulam reallymoving Racing Team was formed last year from the Verulam Cycling Club, to grow the potential of talented riders from age eight to 70. It has been competing successfully in men’s and women’s regional, national and international events and hosts its own annual British Cycling Central Region Road Race. The Racing Team undertakes regular coached team rides and benefits from frequent training camps, including trips to Spain and Belgium. 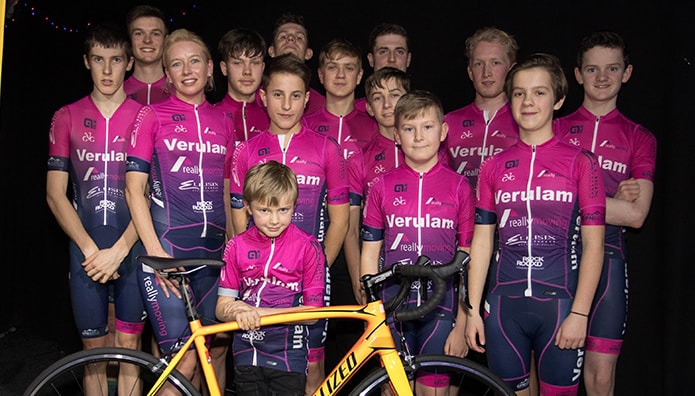 Rob Houghton, CEO of reallymoving.com said: “We are thrilled to be sponsoring the Verulam Racing Team again this year following a nail biting first season which saw the newcomer team achieve incredible success on the national and international stage.  They wasted no time in making a mark in their distinctive reallymoving pink and purple kit and in doing so have boosted our profile considerably in races, in the media and on the road. We wish them every success during the 2018 season.”

Sponsorship of the team has been of huge benefit to reallymoving.com in a number of ways, including weblinks each time the team has a win, considerable local and national publicity, as well as engagement on social media, where there is real camaraderie and support. Internally, it has fostered team spirit and morale within the business, where wins are celebrated with great enthusiasm on a Monday morning.

International Animal Rescue: Richard Street-Escott an estate agent at Dixon Vince in Uckfield says he’s aiming to turn from sloth to sleek as he trains for the Brighton Marathon coming up in April for a local charity.

He’s undertaken the challenge before, and run half-marathons too, but hasn’t done any running for a few years, so he started jogging with Uckfield Runners last year.

January 1 was the date it all changed and Richard started marathon training. It’s been difficult with the weight he has been carrying but he has already lost a stone. He said he definitely needs to lose another two stone at least.

The third-party mortgage servicer announced the creation of the £20,000 fund to help prevent financial hardship and support those experiencing money problems in September last year, committing to donating up to £5,000 to good causes every quarter.

Some £2,500 in funding for The Money Charity will be used to provide 5,000 free copies of its Student Money Manual to people aged between 16 and 18, while the IMA will use a £2,500 donation to train 22 money advisers, enabling them to deliver high quality and accurate advice to people with problem debt.

Funding from Computershare will enable advisers to gain skills and knowledge and deliver better advice to those that are struggling.

[establish]: Andrews Property Group has unveiled its second home purchased as part of its innovative social housing project, which goes under the name [establish].

Andrews celebrated its 70th anniversary in 2016 and raised £70,000 to kick-start this social housing project which recognises the philanthropic origins of the business. The first home was launched in Bristol last year and the project aims to provide 50 such homes over 50 years.

Working in collaboration with its principal shareholder Andrews Charitable Trust (ACT), it has now purchased and refurbished a property in Worcester Park, Sutton, to support young people leaving the care system.

David Westgate, group CEO at Andrews Property Group, says: “It’s less than a year since we launched our first [establish] home and yet here we are, already launching a second much-needed home for young people facing housing challenges. I never doubted that the entire Andrews’ team could make this happen, but now that we’re at this juncture, it really does feel that the [establish] programme is doing something very special.

[establish] was created to offer long-term housing options for young people leaving care in the communities where the firm operates. The project aims to provide affordable transitional accommodation, light-touch emotional and personal support (when needed) and access to help in finding and sustaining work  to facilitate the independence of these young people and ultimately reduce their reliance on state support.

The property is a three-bedroom terraced house with a garden in a quiet residential area of Worcester Park, close to shops, transport links and job opportunities. It offers high quality and affordable shared accommodation for three young people.

The ValPal Network has announced the release of its MovePal app...

Success for online valuation tool for five years in a row ...

The ValPal Network has won the ESTAS’ Supplier Awards – Best...