Property commentator Phil Spencer says lockdown - which we know will now last for another...

It's A Deal! Hunters set to be taken over but job losses likely

It now looks likely that Hunters will be taken over by The Property Franchise Group...

Zoopla has revealed a multi-million-pound programme of future developments which have taken 18 months to...

Online agency in bid to raise £800,000 through crowdfunding

It’s been some time since online agencies have ventured into crowdfunding to raise investment, but...

Is Propertymark’s new chief executive up to the job? 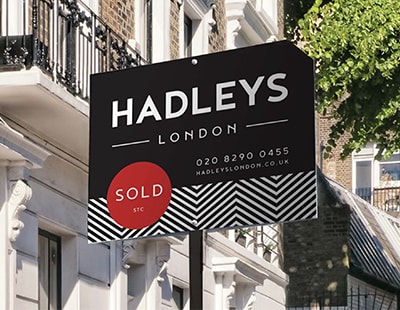 Arun Estates has launched what it describes as “a major new departure” - a fully-staffed High Street office but covering a far greater geographical area than usual which thus allows “a significantly lower cost than a more traditional operation.”

Last week Arun revealed that it had considered but rejected the concept of offering an online service to customers.

However, now it has created a new brand - Hadleys London - which matches a traditional approach with a greater use of PropTech. “It is designed to offer clients all the benefits of a full-service agency, but over a wider area” says the firm.

In terms of charging, Hadleys London offers three choices, starting with a one-off upfront fee of £1,000 plus VAT.

Next comes a split fee option, with part paid upfront and part on completion, with the third option being a standard percentage commission on completion.

“In both the last two cases, the actual charges will be substantially lower than usual high street rates, reflecting the efficiencies inherent in the new hub-based business model” says the company.

The agency is staffed by Arun personnel with up to 10 years experience with the group, and is headed by Danny Poulton-Midani, previously a highly successful branch partner with Arun subsidiary Cubitt & West in the Croydon area.

In overall charge of the new venture is Cubitts’ regional managing director, Chris Nathan, who says: “Hadleys London harnesses advanced technology and experienced personnel to deliver the very best of both worlds - everything people would expect from a conventional high street agent, and more, but at much lower commission rates.”

Unlike the current crop of so-called hybrid agents, he says, clients will be able to call real live people for expert advice and support at every stage of the transaction, and even be able to arrange appointments to come in and speak to staff face to face, if they choose.

At the same time, he adds, clients will also have access to Arun’s full range of marketing and other specialist support services, including mortgage and conveyancing solutions and the group’s overflow and out-of-hours call centre.

Arun’s group managing director David Lench says: “Arun has always prided itself on being in the vanguard of the industry. Neither we nor any other estate agent can confidently predict what the industry will be like in 10 years, but the one thing we can be sure of is that it will be very different.”

He adds: “In the light of this, we have adopted a twin-track strategy to take on the onliners and so-called hybrids. One element of that is to establish our existing operations as premium brands, delivering superior service in return for enhanced fee levels.

“Complementing this, we see the Hadleys London model as offering the only genuinely viable way of marrying the benefits of lower commissions with traditional service levels – as well as providing the likely template for future expansion of the group.”