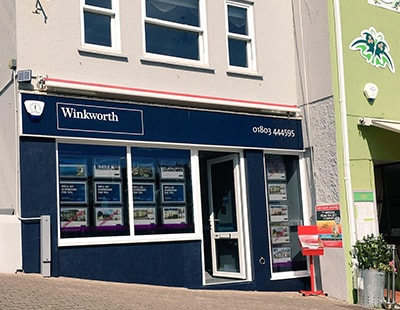 Winkworth, one of the largest estate agencies in London, has expanded with two new offices - although they are 235 and 215 miles from the capital.

The branches, both previously trading as Richard Blake, are in the Devon towns of Dartmouth - serving an area with a high number of second homes - and Brixham, which will serve the wider Torbay area.

The offices will continue to be fully owned and operated by Richard Blake and Trevor Branton following eight years trading under their former trading name. The existing staff will continue at both locations.

“We’re thrilled to join the Winkworth network and feel con dent that this nationally recognised brand teamed with our established local reputation will be a winning combination. This is an excellent step for us” says Blake.

Dominic Agace, chief executive at Winkworth, says: “We warmly welcome Richard, Trevor and their teams to Winkworth and thoroughly look forward to working closely with them in the future. These new offices are perfectly placed to t with our ongoing expansion in terms of location and target market, and we expect to announce further office openings as the year progresses. This is a positive year for Winkworth Franchising and we look forward to what is yet to come in 2017.”

London-focussed agency Winkworth - which has around 60 of its 100...

Winkworth Franchising has created an in-house recruitment department to enhance the...