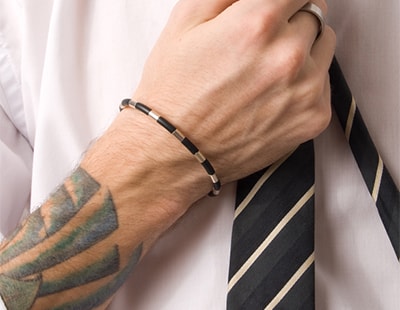 A new survey commissioned by a property firm suggests that 31 per cent of people feel uncomfortable about the idea of tattooed estate agents.

Commercial property agency Savoy Stewart, which has analysed its own survey as well as data from the ACAS arbitration service, has drawn up a league table of professions and activities where people are comfortable - and uncomfortable - about tattoos.

An inked estate agent makes 31 per cent uncomfortable while 69 per cent are comfortable - the balance for a police officer, for example is 27 per cent verses 73 per cent.

But although almost a third of those responding say they are uncomfortable with a tattooed agent, the agency industry nonetheless performs better than most.

Only IT technicians, police officers, chefs and athletes are considered more acceptable if they are tattooed.

More generally, the study discovered - or perhaps confirmed - the belief that the public regard people with tattoos as more rebellious, less intelligent and more unhealthy.

Some 54 per cent of hiring decision makers think that tattoos can have a negative impact on the workplace.

Savoy Stewart says some 30 per cent of 25 to 39 year olds have tattoos, with more women than men have tattoos.

What remained unanswered in the survey, was why a commercial property firm was undertaking a study about body art....

Have you been a victim of property 'ghosting' recently? ...

It’s likely that your agency or one of your clients has...

Fiona Stewart, formerly head of marketing and communications at Strutt &...