Really? The first day of autumn? Well yes, according to weather professionals who say September 1 is the start of meteorological autumn.

But whether you’re anticipating an Indian summer for the next few weeks or looking forward to cooler weather, there is no stopping the charitable work of our industry.

We look forward to publicising your fund-raising efforts as they resume after the summer; all you have to do is let us know on press@estateagenttoday.co.uk and we do the rest.

Wooden Spoon: Property professionals from all over the UK will come under starters orders from Scottish rugby legend Gavin Hastings when they make tracks for Edinburgh to run in a charity race.

More than 250 property experts are due to pull on their running shoes to compete in the 5k raising funds for the Wooden Spoon charity of which Hastings is Honorary President in Scotland.

Race organisers from Aberdeen Standard Investments property team are pinning their hopes on the fun run smashing £10,000, pushing the collective total raised over the race’s three-year history through the £30,000 barrier.

Aberdeen Standard Investments colleagues Laura Hughes and Elaine McCann organise the race in their home city, bringing staff from more than 40 different companies together in friendly rivalry, and adding to the charity pot of £19,000 raised from the past two races for the charity that funds life-changing projects to support disadvantaged and disabled children across the UK and Ireland. 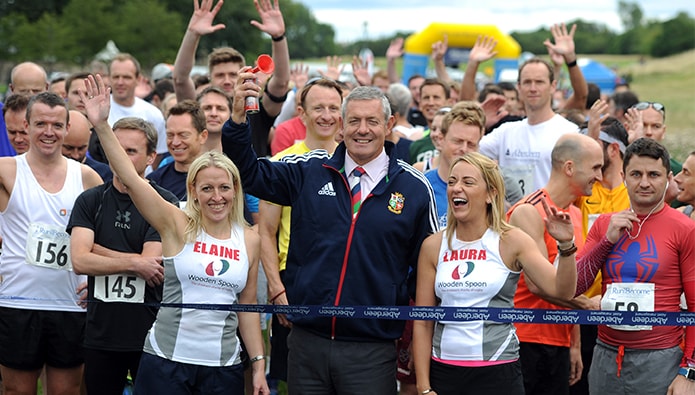 The race is on the afternoon of Wednesday, September 6 and is exclusively for property professionals. Once again competitors are being encouraged to run in fancy dress and there are awards for the fastest male, female, fastest over 45 and first team of four.

A crowd of around 1,000 attended the fundraising event at the club’s High Street ground and enjoyed a packed programme of entertainment including seven local bands and a wide selection of real ales and ciders. Proceeds were shared between the cricket club and Macmillan Cancer Support who took all the profits from the raffle and bucket collections.

Manning Stainton has donated in excess of £50,000 to over 50 clubs, schools and other worthwhile organisations in the last 12 months through its Community Support Programme. 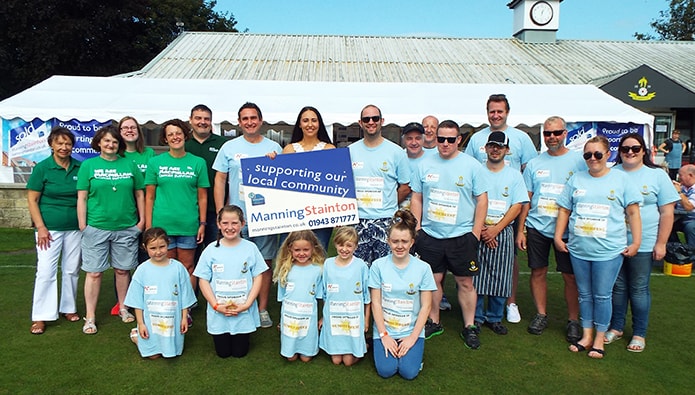