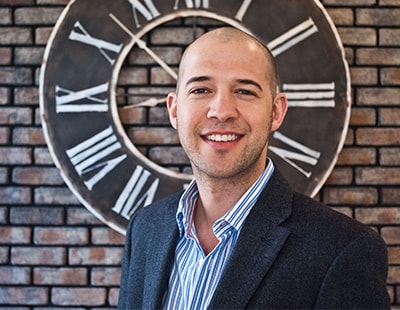 Jamie Lester, the former Apprentice reality TV star who ran a high-profile estate agency in London until last autumn, has resurfaced in a marketing role for a boutique developer, Aitch Group.

Lester was runner up in the 2010 series of The Apprentice and set up Haus Properties in 2011.

In late 2015 Haus opened its fourth office in Fulham, near the still-operating original Haus branch; the other two were in nearby Chiswick and Shepherd’s Bush.

Haus claimed in late 2015 that it had sold £184m of property and collected £145m in rent for its landlord clients; however, in 2016 the company appeared to hit trouble and by late last year it was operating from only two branches.

Lester then left the company unexpectedly, saying: “I had an amazing five years at Haus and not only am I proud of the brand I created, the team and the awards we received, but I seem to have inspired the industry in approaching agency in a slightly different angle.“

The company recently announced an £82m investment into London’s Build To Rent market, which will see the launch of a new PRS division and debut scheme in Deptford this summer.

The developer’s east London focus has also gained momentum, with a pipeline of six schemes currently in the Hackney Wick and Fish Island regeneration area, while the turn of the year also saw Aitch Group launch its retirement arm, Blenheim Retirement Living, where work will soon commence on its debut scheme in Surrey.

Aitch Group chief executive Henry Smith says Lester “will lead on marketing across the business and initial priorities will be to plug existing sites and head up the ongoing strategy to evolve and grow the Aitch Group brand.”

Lester himself says: “As an east Londoner born and bred, I can naturally identify with all that Aitch Group stands for and I look forward to developing a brand that stays true to its roots. The company has the ambition to deliver industry leading products, with some incredible schemes in the pipeline, both in sales and Build To Rent.”