On the day when hundreds of agents descend on the capital to celebrate the great and good of the industry at The ESTAS 2017, we're still here to honour those property professionals who go above and beyond in the name of charity.

If your firm has been fundraising recently, we'd be delighted to hear all about it. Just let us know on press@estateagenttoday.co.uk and we'll gladly promote your fantastic work.

Centrepoint: Online estate agency eMoov has announced that it is the lead sponsor of Laura Try, who is taking part in the Great British Row.

The eight-week, 1,800-mile trip will see a team of rowers taking turns to navigate a £70,000 ocean rowing boat around the coast of the British Isles, stopping only eight times in locations such as the Isle of Wight and Dublin.

Crew members will have to sleep in two-hour stints and share a waste disposal bucket, all while burning around 8,000 calories a day.

Try is undertaking the gruelling challenge in aid of Centrepoint, which provides accommodation and support to homeless people aged 16 to 25. 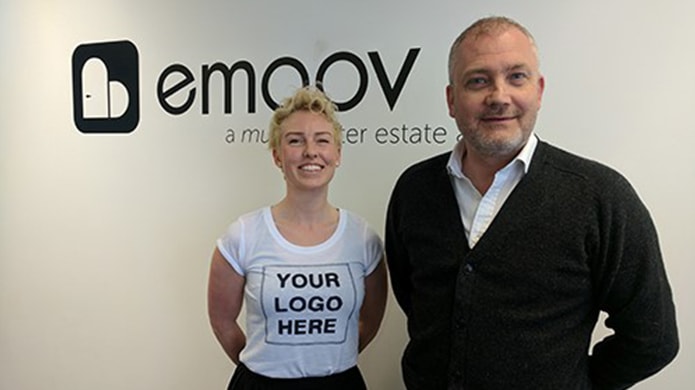 “Laura is undertaking a monumental task in the name of charity, one that is going to push her to absolute breaking point," says Russell Quirk, founder and chief executive of eMoov.

"We have absolutely no doubt that she will accomplish her latest endeavour and we are delighted to help power her the 1,800 miles around Great Britain.”

Try comments: “I first saw the Great British Row advertised on Facebook and saw it as a great opportunity to refocus my life and make a difference to vulnerable young adults on the street.”

“I want to show the world that you don’t need experience and wealth to achieve these sorts of goals and you never know what you can accomplish until you push yourself out of your comfort zone.”

Children's Hospice South West: Next month, staff from Tiverton estate agency Seddons will take part in the Westpoint Rainbow Run - a 5k fun run in which participants get covered in all colours of the rainbow along the way.

The agency is fundraising for Children's Hospice South West, a centre providing care for life-limited children and their families.

"We're all so excited to be taking part in this year's Rainbow Run in Exeter," Nick Seddon, partner at Seddons told Devon Live.

"Coming together with thousands of others to support and raise money for Children's Hospice South West is something quite magical – the atmosphere will be electric."

Messenger Newspapers reports that on hearing that Victoria Park Infant School needed additional funds to reach its £3,000 target, Steven Cox, managing director of Trading Places in Greater Manchester, set up a justgiving page which raised the £550 the school needed.

The agency has helped other local schools by hiring bouncy castles and providing playground playhouses.

Tingley Athletic: The amateur football team hailing from just outside Leeds - who ply their trade in the West Riding County Amateur League - are to be sponsored by the Morley branch of Manning Stainton.

"Like all amateur sports clubs generating the funds to cover basic running costs and provide suitable facilities for our players remains a constant challenge which is why we are so grateful to Manning Stainton for their most generous support," says the team's manager, Nick Powell.

Paul Cooke, manager of the Morley branch, adds: "The company has been at the heart of the local community for many years and as such we take our social responsibility very seriously."

The 19-branch agency supports numerous other clubs, schools and organisations across West and North Yorkshire, donating in excess of £50,000 to over 50 groups in the last 12 months alone. 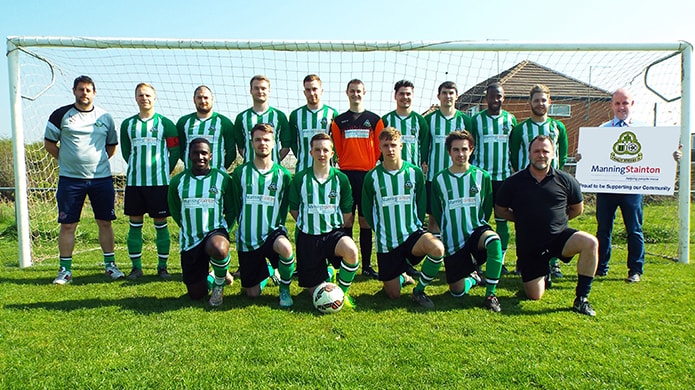