This might just be one of the busiest Agents Do Charity columns we’ve ever had with many firms having a mixture of fun and generousity to raise money for good causes.

Everyone below has contacted press@estateagenttoday.co.uk - do the same if you’re fund-raising, and we would be delighted to give some publicity.

LandAid Pedalthon: Teams from across the country’s business community have raised more than £15,000 to help end youth homelessness in the UK, in the most successful Carter Jonas LandAid Pedalthon to date.

This brings the total raised over the last four year by the annual cycle to more than £40,000. 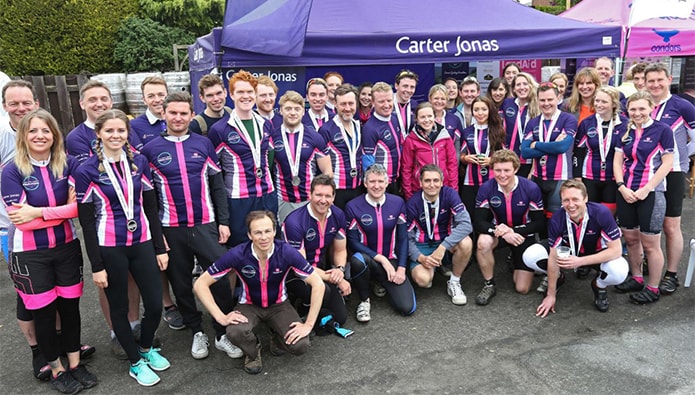 LandAid currently supports 27 projects in the UK including five in Yorkshire where there are more than 32,000 families and individuals homeless or at risk of becoming so. Money raised will be used to help renovate empty or derelict properties, bringing them back into use as safe, affordable homes.

Mark Granger, Chief Executive of Carter Jonas, says: “Thank you to everyone who helped to make this years’ Carter Jonas LandAid Pedalthon such an enormous success. It is always a pleasure to see people coming together to raise money for a good cause; that they did so with such enthusiasm and good spirit is testament to all the hard work put in by those involved in the organisation of the event.”

Today is Orange Day: Today’s 'Orange Day' will see all the branches at Thomas Morris Sales & Lettings hard at work raising funds for the agency’s favourite charity Magpas, the medical team providing land and air support to life-threatening emergencies in the East of England.

The branches have been baking cakes (all with an orange theme of course) holding raffles, selling knitted Magpas emergency response vehicles, getting prepared for the car pull and netball tournament, and much more. 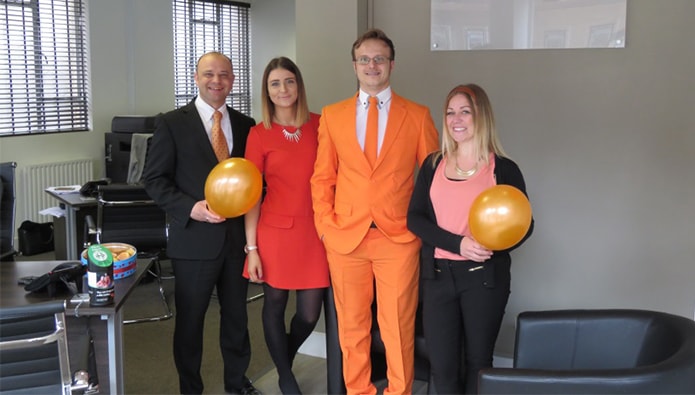 It's not too late to buy a ticket for the raffle being held at the agency’s Biggleswade branch while a big 'Car Pull' will be taking place at Wyton, where members from each branch will work together to push a response vehicle for 24 miles in 7 hours - good luck to them.

Finally there are 18 teams taking part in a netball event on Sunday in St Ives - all competing in the inaugural Thomas Morris Charity Netball Tournament and donating to the Magpas charity.

Salford-based charity Kidscan was established in 2002 to specifically support research into new and improved treatments for children with cancer. By funding research into drug treatments and supporting programmes designed with children in mind, Kidscan is reducing both short and long term side effects of childhood cancer.

Andrew Bridge, Chief Operating Officer at Fisher German says: “Kidscan’s vital work is ensuring important steps are being taken to tackle cancer in children. We are delighted to announce Kidscan as our national charity partner, sharing in their vision of a future where every child facing a cancer diagnosis not only survives but thrives.” 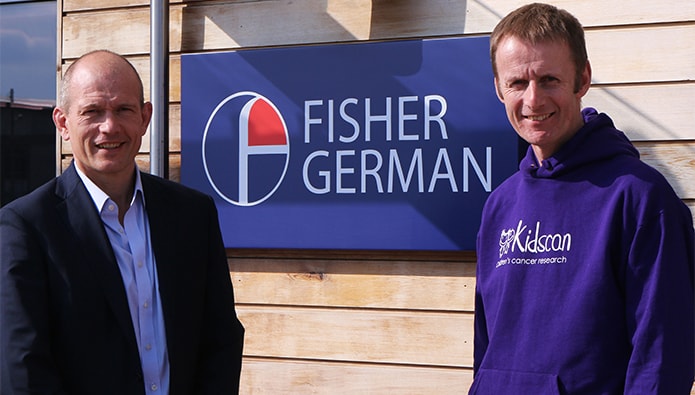 This month will see the return of Taylor Wimpey's annual Charity Challenge as employees from across the UK and Spain take part in a weekend filled with testing trekking with two teams in the Tizzie Wizzie Challenge set in the beautiful Lake District.

After a detailed safety briefing the teams will set off the following morning on their 14 Peak Challenge, with a target time of just 10 hours. All teams are required to fundraise a minimum amount in order to take part and once again the two teams representing Taylor Wimpey España have chosen to support the Youth Adventure Trust.

The charity helps vulnerable and disadvantaged young people to gain the skills, confidence and courage needed in order to face the challenges in their daily lives.

"As well as being able to develop essential team building skills, the challenge gives Taylor Wimpey employees the opportunity to give something back to the community. We wish them all the very best on the trek and are extremely proud of our Taylor Wimpey España team's involvement" says the firm’s sales and marketing director. Marc Pritchard.

The run is organised by Housing for Women. This charity focuses upon vulnerable women who are homeless or on the verge of losing their homes. They help women get out of abusive relationships, support those who have been trafficked, and help female offenders find their place in the community.

The team are aiming to raise £900 before Sunday 4 June - and you can help here: www.justgiving.com/fundraising/fandc-road-runners 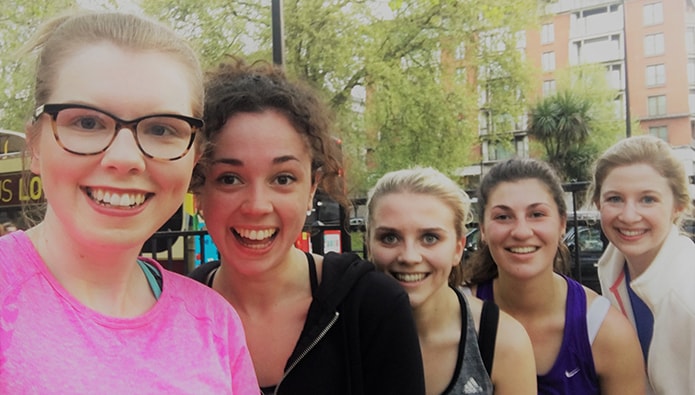 Several estate agencies have announced expansions and new offices - and...

Fisher German is launching an app that will feature news feeds...

This will brighten your Wednesday - yet more agents' Christmas pictures ...