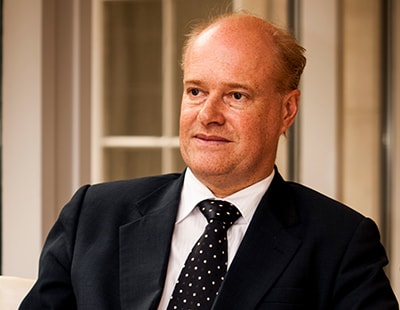 Humberts - until now known as an agency operating predominantly in market towns across southern England - is opening a Mayfair office in a bid to secure some of the lucrative prime central London residential market.

What’s more, the firm has recruited one of the country’s leading estate agents - David Adams - to lead a four-person team at the office.

Adams most recently worked as the managing director of the London office of John Taylor, a French-based agency; he previously worked at Chesterton Humberts when the two companies were united, serving as residential director between 2008 and 2011 and overseeing both the London and country offices.

In the past year Adams has been outspoken over the EU Referendum, claiming before the vote that Brexit would be the saviour of the beleaguered high end London market because of it forcing a drop in the value of the pound, thus attracting foreign buyers. Immediately after the Brexit vote he castigated other agents who were “still standing on the starting line wringing their hands” because of the shock result.

Humberts, too, has surprised the industry in the past year.

Last autumn it revealed that it was opening a new office at Windermere in the Lake District - far outside its traditional south of England heartland - thanks to a new franchise model it was piloting to expand its brand. At the time Humberts managing director Ian Westerling said he was hoping for many more franchise-inspired expansions in the next five years.

Now Westerling says of his new Mayfair office and recruit: “We’re absolutely thrilled that David has decided to come back to Humberts at a time of great expansion and evolution. Our focus for the past three years has been solely outside of the capital – however, with the pound low against foreign currencies and whilst we’re at a strategic point in the property cycle we recognize the real opportunity to build our business in the heart of London.”

Westerling says his aim is “to offer a bespoke and tailored service to High Net Worth clients, as well provide an invaluable resource to our country network and overseas links.”

Adams will be leading a team of four based in an office in Berkeley Square; his colleagues include Anne Davies, another former Chesterton Humberts agent.

“Humberts has really found its place in the market and I’m delighted to be bringing my 25 years plus of experience to launch the brand in London. I will be bringing both clients and my extensive database to the business whilst making new hires. As Humberts has recently started a new lettings division, we will over time be launching a lettings service too” says Adams.

Ian Westerling - a legacy of Humberts, NAEA, PropTech and more ...

As many in the industry will know, Ian Westerling passed away...