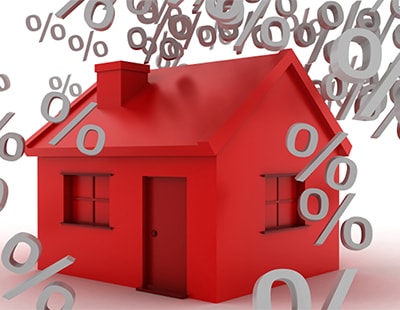 Mortgage rates continue to fall with the average new lending rate at a record low of 2.2 per cent: as a result the average monthly payment constitutes a lower share of income than in 2007 despite the average loan size being almost one fifth higher.

The steady decline in mortgage rates over the last nine years has seen the average new lending rate fall from a peak of more than six per cent in 2008, to today’s 2.2 per cent. As a result, and in spite of steadily rising house prices, mortgage interest costs as a percentage of income have been falling for the majority of homebuyers.

The NatWest, analysing data from the Council of Mortgage Lenders, says the median house buyer in the final quarter of 2016 had to allocate less than eight per cent of their income to mortgage interest, compared to a peak of 18 per cent in 2008 and a long-run average of 15 per cent.

The NatWest says that with quoted new lending rates half a per cent lower than the average rate on outstanding mortgages, it says it is likely that the interest cost burden will decline even further in the short-term.

However, this cheap credit has allowed homebuyers to borrow ever larger amounts, with the average advance up by almost a fifth compared to the peak of the last cycle in 2007.

This increase has outstripped earnings, with the average loan multiple now at an all-time high, but NatWest says many borrowers have paid down substantial sums.

”It is encouraging that borrowers have been paying down their mortgages to the tune of £10 billion a quarter, in stark contrast to 2006, when borrowers were withdrawing equity at a similar rate” says the bank.

But it warns that at the same time there has been a rapid increase in consumer credit, now growing at a rate not seen since the middle of the last decade. “As a result the exposure of some borrowers to even a small increase in interest rates is likely to be acute” it cautions.

A new report from the NatWest Bank nips in the bud...

The Financial Conduct Authority says it is to review lenders offering...