It’s been a week dominated by an embarrassing U-turn in political circles. But when it comes to fund-raising, agents aren’t for turning...

Here are more exploits by selfless agents and other property colleagues. To publicise your good works, or those of someone you work with, just email us at press@estateagenttoday.co.uk and we’ll do the rest.

Sands: With support from Agents Giving, Ben Quiney from Audio Agent is running the London Marathon with his brother Ollie on Apri 23l, in aid of Sands, the stillbirth and neonatal charity and aims to raise £4,000.

The following Saturday, Ben will also run The Ultra Marathon, The Fellsman covering more than 60 miles over very hard rugged moorland. The event climbs over 11,000 feet in its path from Ingleton to Threshfield in the Yorkshire Dales.

Ben and Ollie have been inspired to raise money for this charity after Ollie and wife Amy sadly lost their newborn daughter Minnie at just one day old, due to an undetected lung infection. Ben said: “Minnie was absolutely beautiful; perfect in every way. I will cherish the few short moments I had cuddling and holding Minnie forever, she was and is an angel. This was an extremely traumatic and upsetting experience, one which Ollie, Amy and both their families will never get over or really truly understand.” Moments after losing Minnie, Sands provided a memory box as a way to create memories which can be cherished.

In partnership with Rightmove, Agents Giving is supporting Ben Quiney with his fundraising for Sands, thanks to a Rightmove grant, which will help with costs of £400.

The property specialist achieved its goal of raising £50,000 for its charity partner last year and has renewed the partnership for 2017, when it will aim to donate a further £50,000. 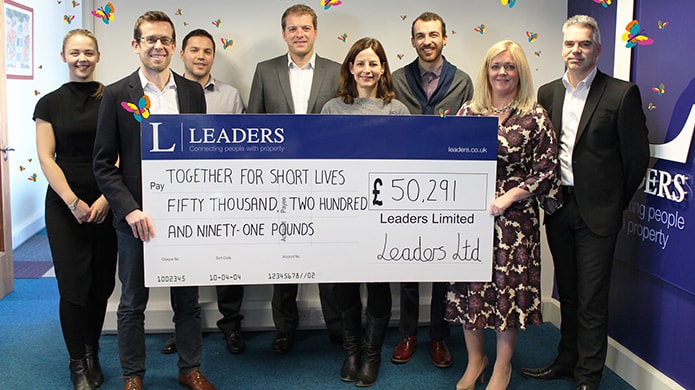 Allison Thompson, managing director at Leaders, says: “Our employees once again went above and beyond when it came to fundraising in 2016. It is with great pride that we are able to make our highest charity donation in our 34-year history.

“From sponsored walks to marathons, cake sales, golf days, raffles, photography shoots, car washes and gardening, our staff were full of ideas when it came to inspiring ways to raise money. We would also like to thank our landlords who donated a day’s rent to support our fundraising during Children’s Hospice Week last year.

“We are absolutely thrilled to be able to hand over a cheque for more than £50,000 to Together for Short Lives. Having worked with the charity for more than two years now, we know just how much of a difference this will make to children with life-threatening and life-limiting conditions and their families.”

Each of Leaders’ 122 branches across the UK were paired with their local children’s hospice to ensure the money they raised went directly towards helping young people in their area.

The school takes sport very seriously and holds the Sainsbury’s School Games Gold Mark which recognises its overall commitment to games and physical education.  It is one of only a handful of schools in the area to have been given this accolade. 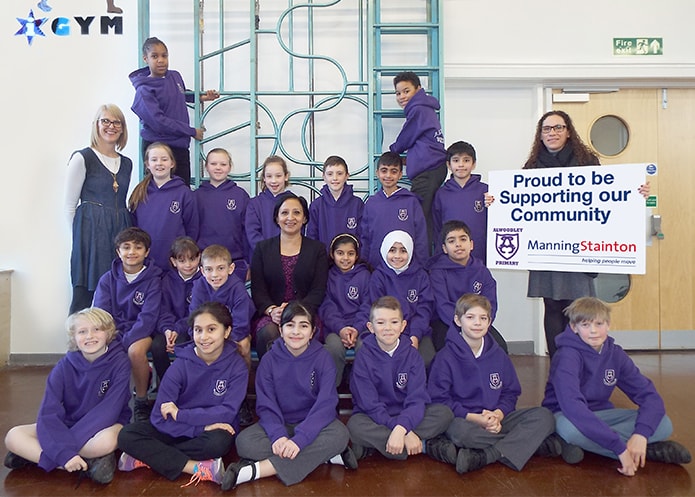