There was nothing doing in the Budget - no stamp duty reform, no second look at mortgage interest tax relief changes, no word on letting agents' fees.

Thankfully, our industry appears undeterred in its efforts to do good work for others, no matter how mean the Chancellor may appear to agents themselves.

This week's heroes did the usual thing by emailing us at press@estateagenttoday.co.uk - please do the same and we will deliver our respect and some publicity for your fine efforts!

Colleagues from the company’s network of 19 sales and lettings offices across West and North Yorkshire staged and participated in a variety of fundraising events throughout the year including the Knaresborough Bed Race and Paint Leeds Green.

It is the third time the estate agent has chosen Macmillan as the main focus of its annual fundraising, generating in total over £160,000.  The money has been used to fund a specialist Breast Cancer Nurse at St James’s Hospital in Leeds. 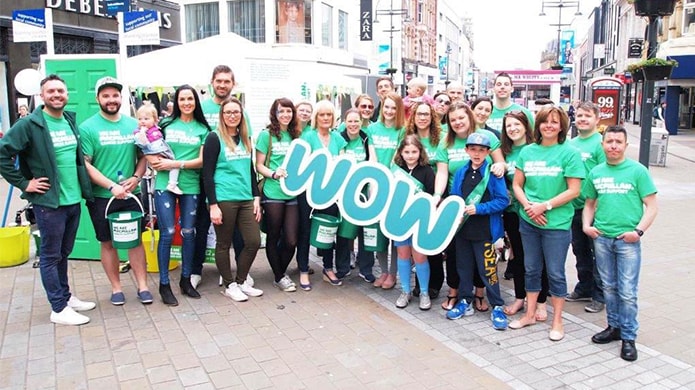 Meanwhile, in 2016 Manning Stainton also made donations of around £50,000 to schools, clubs, youth groups and other worthwhile organisations through its on-going Community Support Programme.

The aim is to raise money for the current treatments and to develop new ones. Please support Stephen and Karen - get in touch with the branch to find out how...

Helping Harry Trust: A group of Northampton estate agents will run a rainbow gauntlet all in the name of charity.

Harry Charlesworth from Newnham near Daventry, suffers from cerebral palsy and a number of other complex conditions after experiencing strokes during birth. The quartet will be covered in vibrant paint powder as they run 5k through a series of ‘Color Zones’ to help with 21-month-old’s ongoing health and care needs.

Midlands Air Ambulance: Staff from Nicol and Co in Worcester, along with their selected guests, will be taking it in turns to keep the pedals turning for a 24 hour cycle-Athlon in the hopes of raising a combined target of £10,500.

The money raised will go towards an even bigger challenge where the companies involved are to tackle a 24-hour Bear Grylls challenge in Brecon Beacons to raise money for the Midlands Air Ambulance.

Nicol and Co’s managing director Matt Nicol says: “We have some keen cyclists in the company and a lot of willing staff who wanted to help raise the money required. The Midlands Air Ambulance does a great job with its ability to reach the scene at speed which undoubtedly preserves and saves lives. It’s a costly operation to keep it available and we need to help.”

Tenancy Deposit Scheme/National Best Companies Day: This is a day to celebrate those companies who have achieved the honour of placing on the list of best companies to work for. With categories for big, small and not-for-profits, this accolade from the Sunday Times requires a company to be dedicated to its employees and developing the talent within the company. The Tenancy Deposit Scheme (TDS) was honoured to be able to make it on to the list of best not-for-profits in 2017.

TDS celebrated National Best Companies Day on March 3 with a charity bring and bake sale. As one of the best 100 not-for-profit companies in 2017, TDS strongly believe in giving back to the community and were pleased to be able to make a difference to two local charities with the money raised, which was matched by the company.

Both the Peach Hospice and Dacorum Emergency Night Shelter (DENS) were invited to TDS for the day and were offered a tour of ‘TDS Towers’ and given the opportunity to brief the fundraising committee on what the charities do, and other ways to fundraise. All money raised was split equally between the two charities.

The day included a raffle of donated alcohol including a bottle of Glenfiddich and another of Sake! TDS colleagues went home well-fed and satisfied with knowledge that their day of celebrations had helped two different local charities. In total, TDS colleagues were able to raise £410 which was matched by TDS to bring the total to £820.