Let’s not be distressed that we’re already over 10 per cent of the way through the year - yes, really - but this half-term week has not done anything to stem agents’ doing their bit for the wider society.

And we salute you! Let us know what you’re up to by emailing us at press@estateagenttoday.co.uk and we’ll gladly publicise your work.

Agents’ Giving Winter Coat Drive: Over the last few months Agents Giving has had a fantastic response to its Winter Coat Drive with the collection of more than 100 bags full of unwanted coats donated to homeless charities throughout the UK. However, the charity is continuing to push for agents to keep on collecting for their local community.

Peter Knight, the Chairman of Agents Giving, explains: “We have had a fantastic response with agents and experts alike collecting coats for those in need. Most nights the temperature drops still below zero, and the vulnerable are in desperate need for insulation to keep warm, which is why we are continuing to push.”

Spencer Lawrence of Paramount agency in Hampstead, adds: “When we received the call out in November for unwanted coats, we immediately jumped on it. It’s such a simple job but it has a huge impact for those in need, especially during the cold nights. Thanks to our staff, clients and our local MP, Tulip Saddiq, we have collected bags of coats for Brent Food Bank and Ashford Place. It was a simple request, but it has had a domino effect.”

As part of the drive Agents Giving has been asking their supporters to send tweets and email images of their collections, companies including Chestertons, Embrace Mortgage services and CJ Hole have all joined in, collecting coats for charities including Calling London, Launchpad Reading and YMCA.

Isaac Gagin: Staff at the Enderby branch of Harrison Murray have been cooking up a storm raising money for local judo star Isaac Gagin. The team recently hosted a charity curry night raising over £600 for SportsAid, who the team work with to support Isaac.

Twenty one year old Isaac from Broughton Astley recently transitioned onto the senior Judo circuit bagging a bronze medal at the English Open in Sheffield and is already planning his attack on qualifying for the Tokyo Olympics in 2020.

Isaac received £750 to help him with his expenses at the beginning of 2016 and has been working with the branch to fundraise throughout the year. 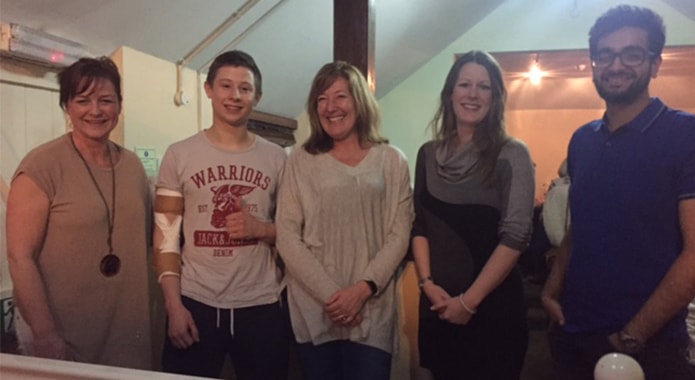 Teana Hampson, manager for the Enderby branch of Harrison Murray, says: "We are thrilled to be involved with this initiative to help someone that is part of our local community. The main barriers to progression of professional athletes is often the high costs of travel and training so particularly value the support we can get from the community for Isaac and hopefully inspire the next generation of sports men and women.”

The estate agency, part of the Nottingham Building Society (The Nottingham) have provided awards to 50 athletes this year across a range of sports through the charity SportsAid. Full details on the scheme can be found at www.thenottingham.com.

Heath Hayes Academy: Midlands based independent estate and lettings agency iLove Homes has donated £250 worth of new books to Cannock school Heath Hayes Academy, following a competition to find out what it is that children love about their homes.

iLove Homes’s ‘why I love my home’ competition, ran in partnership with the school, saw 60 pupils illustrate what it is that makes their home special to them. Company directors Andrew Thomas and Lee Atkins visited the school and chose three winners, who also received a Valentine’s Day treat for their parents and guardians in the form of gift vouchers. 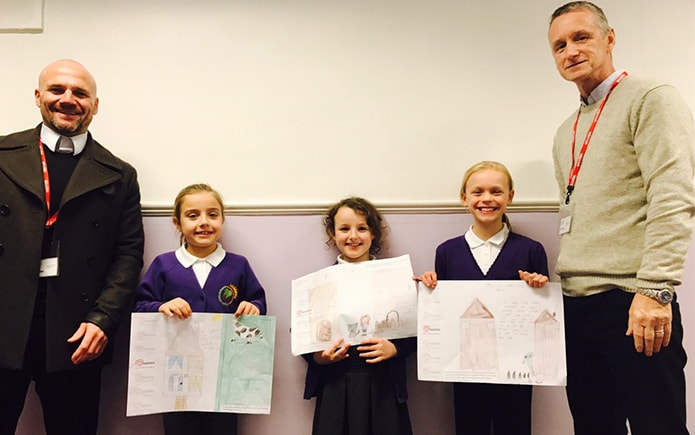 Andrew Thomas, company director at iLove Homes says: “Our ‘young hearts’ campaign aims to support young people in our community, and actively encourages personal development through art, learning and sport.  We believe it’s really important that we, as a local business, get stuck in and support our community. We were really humbled to see all of the hard work that the children at Heath Hayes Academy had put into the project, and it was really hard to choose just three winners! We hope the school and their pupils will benefit from our donation, and look forward to hearing some great stories from them.”

Sicklinghall Cricket Club: Estate agent Manning Stainton is helping a local cricket club bat on after its entire facilities were burnt to the ground in an arson attack last autumn.

The fire at Sicklinghall Cricket Club on October 8 destroyed the clubhouse, scorebox, toilets and equipment store, along with machinery and irreplaceable memorabilia.

However the club says that the incredible support received from local residents, businesses and the wider cricketing family means they will be ready for action when the new season gets underway in April.

Ben Furnell, Manager of the Manning Stainton branch in Wetherby, says: “We were all horrified and saddened when we heard about the fire. It is essential clubs like Sicklinghall survive for the benefit of current and future generations, so as a community minded company we were keen to do anything we could to help.” 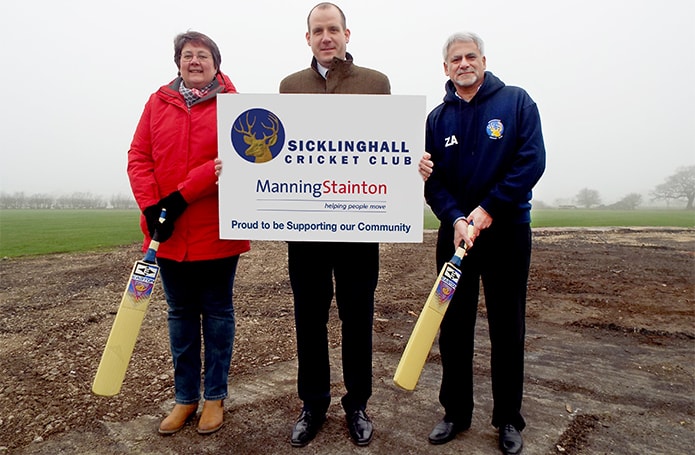