Just a fortnight today we’ll be packing our bags and preparing for a well-deserved but all-too-short festive break...but until then, there’s no stopping our industry doing good work.

Here we have more examples of heroic fund-raisers who have contacted us via press@estateagenttoday.co.uk. Please do the same and we’ll promote your charitable activities.

And now, this week’s roll of honour...

“The idea is to take an ordinary shoebox and fill it with gifts for a young child suffering hardship somewhere in the world,” Anne explains. “I first heard about the scheme last year and decided to make up a box myself - but when I told people what I was doing, they all decided to chip in, and I ended up with 59 boxes full of gifts to send!”

Scroll forward 12 months, and Anne - not content to rest on her laurels – decided to tap into the power of social media to try and improve on last year’s achievement.

So, as well as doing all the organising – preparing the boxes, which were kindly donated by Ward & Partners, writing instructions on what to put in them, and so on - she also turned to Facebook to help generate the maximum amount of interest, putting together a constant stream of posts about the progress of the appeal, from videos about the charity to news of individual contributions, along with fun comments about some of the donors.

The final result more than rewarded all the effort Anne had put in – a staggering total of 209 boxes full of Christmas gifts for some of the world’s poorest and most deprived children.

Congratulations from everyone at Estate Agent Today! 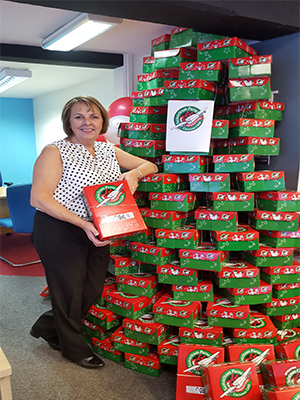 The Adel and Horsforth branches teamed up to sponsor special boards promoting the event which helped attract a large turnout. 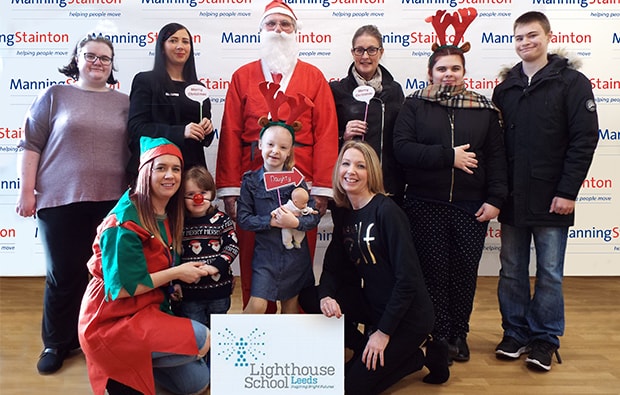 Janet Morris, branch coordinator at Manning Stainton in Adel, says: “There was a real feel good factor around the school with everyone enthusiastically supporting the various stalls and of course Santa proved particularly popular.”

In the last 12 months Manning Stainton has donated in excess of £50,000 to over 50 schools and community groups.

Magpas Air Ambulance: The excellent people at Thomas Morris have this year raised some £7,000 for their favourite charity, Magpas.

Want to know more...and have a little festive fun? Then please watch this cracking little video made by the team. Well done all, and have a great Christmas.