First time buyer affordability index may be most authoritative yet

A new league table drawn up by a property advice website may be the most...

A Happy New Year to all our readers and their families - and all the very best for a successful, profitable and enjoyable 2018.

Estate Agent Today and Letting Agent Today are not published on Monday January 1 but will be back to normal from Tuesday January 2 - and in the meantime, any breaking story will of course be in a newsflash hitting your inbox.

What better way to end one year and ring in a new one than by paying tribute to agents doing good work for others?

We’ve reported on literally hundreds of agents this year doing charitable fund-raising: if you want to join their ranks, please get in touch at press@estateagenttoday.co.uk and we’ll do the rest.

Agents Giving: “Shocked but extremely honoured” – that’s the response from Spicerhaart operations manager Jonathan Martin who has been named as the top fundraiser within the profession.

He was nominated by a colleague for the national Agents Giving Fundraising Champion Awards, jointly scooping the Best Individual Fundraiser of the Year award.

He said he was extremely surprised to have been shortlisted and overwhelmed to have been announced as the winner, in recognition of the work that he does as chairman of the Magic Moments children’s charity, which was established by the Spicerhaart estate agency group 25 years ago.

“I am thrilled that our fundraising efforts have been recognised, particularly the Three Peaks challenge which I led earlier this year, with 20 colleagues and friends taking in the highest mountains in Scotland, England and Wales (Ben Nevis, Scafell Pike and Snowdon), in 24 hours, raising £42,000 in the process,” says Jonathan.

Paws 4 Thought: Lorraine from Living Local Homes has been in touch to explain her firm’s fund-raising for the Paws 4 Thought campaign; she and her colleagues collected donations for three nominated animal shelters - Bryson’s, Newcastle Dog and Cat shelter and Westgate Ark Cat Sanctuary. 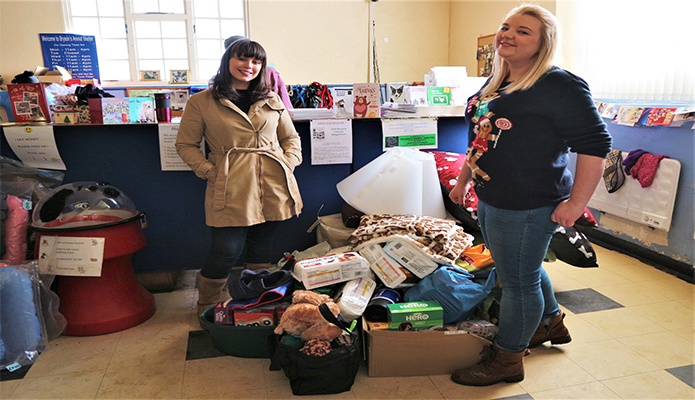 “With our friends from a local business called Petsercise Ltd we have just delivered four full cars worth of food, treats, toys and bedding to these charities” she says.

Well done from everyone at EAT.

You are a public-spirited lot - this week’s Agents Do Charity...

With next Friday being Easter, this is the last ADC for...