It’s one of the biggest days of the year for fund-raising in the UK, and we know many across our industry will be doing their bit for Children In Need.

Whatever you’re downing please send us your photographs and videos for us to use on Estate Agent Today next week.

Please get in touch via press@estateagenttoday.co.uk and we'll do the rest to celebrate your great work and, we hope, help you raise just a little more, too.

In the meantime, here are this week’s other fabulous fund-raisers for a string of other fantastic causes...

Fine & Country Foundation: Heavy rain, freezing temperatures, blowing winds and a piece of cardboard… it was a tough night for Haydn van Weenen and Tom Mollett at the Fine & Country Bedford Sleep Out.

They spent an evening speaking to more than a dozen homeless people in the Bedford area to hear their stories and gain a greater understanding of the issue. Following this, they returned to their carpark where they spent the night and laid out sleeping bags and make-shift cardboard shelters.

Haydn said: “The night itself was not pleasant; it rained, I couldn’t feel my toes past 11pm and it was so uncomfortable. We both woke up by 5am and knew that we couldn’t get back to sleep so walked around Bedford to see if any homeless people wanted breakfast.

“Work the next day was a challenge. I was so tired and constantly freezing. I’m so grateful that I had the weekend to recover. The event has really opened my eyes to how difficult it is to function the next day so job interviews, for example, must be so difficult when you are homeless,” continued Haydn. 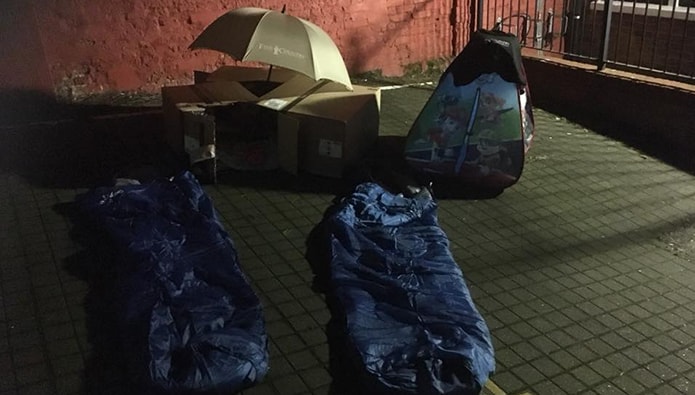 The Sleep Out was the second fundraiser from Fine & Country Bedford. The first was their coffee morning in November which raised £437. The Sleep Out raised an incredible £1,155 bringing their total to £1,592. The donations will be used to purchase a new fridge at the SMART Prebend Centre, enabling them to continue to supply a hot breakfast and lunch for the homeless throughout the winter.

The donated stock will be sold in the hospice’s stores to raise funds for the children who rely on their care and support.

John Egan, Head of Retail at Naomi House and Jacksplace: “This has to be one of the largest one-off stock donations we’ve ever had! We’re so grateful to the staff at Romans for their incredible support. Our shops need more and more stock over Christmas and this will really make a difference.”

It is estimated that the donation could be worth up to £6,500 – which is enough to fund two months nursing care for a child at Naomi House. After visiting the hospice in 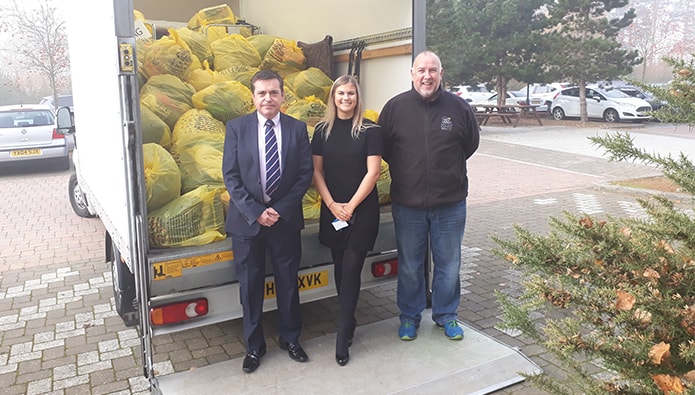 Sutton Scotney, the team from the Winchester branch were inspired to continue their fundraising and have since supported the charity by taking part in a quiz night and sponsoring their Christmas Carol concert. And, they aren’t stopping there…

“We are hoping to do a second drop off within even more bags and have called upon our landlords and tenants in Winchester to help us top this fantastic total of 234 bags” explains John Maslin, Lettings Manager of Romans’ Winchester.

Farsley Celtic Under 7s: This young football team only began playing at the beginning of the current season but already look the part in a brand new kit, supplied by Yorkshire agency Manning Stainton as part of its Community Support Programme.

Lesley Alexander, a Sales Negotiator at the Pudsey branch of the area’s leading estate agent, said: ‘When the team contacted us about sponsoring the kit we had no hesitation in saying yes and we are really proud to have our name displayed on the front of the new shirts.

‘Farsley Celtic is a very well-known club in this part of the world and it is great that they are giving children of such a young age the chance to develop their footballing skills.’

The new team are members of the Garforth and District Junior Football League and already have 13 players registered. 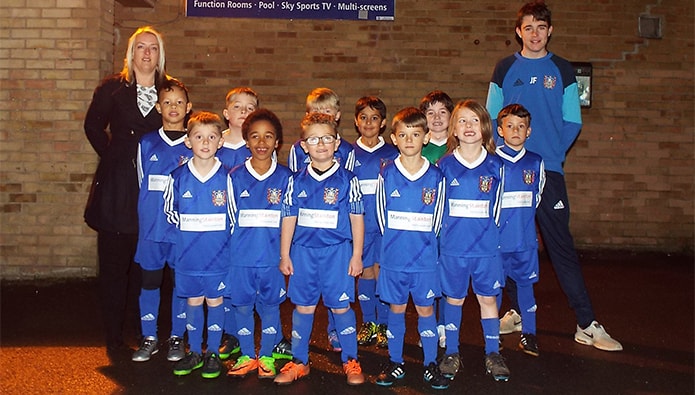 "It’s a pretty big project and we are getting other agents to join in… We raised over £30,000 on our last challenge to Everest Base Camp so that a further 20 re-built homes for this one village" says the agency.

It’s a great cause and you can find details here:

It raises funds for suicide intervention training for adults working with teenagers. Aside from the incredible turnout on the night from staff and local community alike, what was particularly impressive was the amount of raffle tickets sold in advance plus the money raised on the night itself.

Just under 3,000 pre-event raffle tickets were sold, 800 of which were sold by Imagine staff. The final fundraising count hit just over £7,500. Imagine’s Director, Mike Cole, was delighted by the result, taking time to thank and praise his staff, the local community and local businesses who’d sponsored or donated to this event.

Agents Do Charity … on Children In Need day… ...

Hello and welcome to your regular Friday charity round-up from the...

Children In Need this week - what’s YOUR agency doing? ...

It’s Children In Need in just a few days’ time on...

Children In Need - if you're supporting it, please let us know! ...

It's now less than 10 days before the BBC's annual Children...