There’s a particularly heart-warming theme to Agents Do Charity this week...several of our heroic industry figures are raising funds for children and young people.

If you are undertaking any charitable work, please let us know - we’ll provide a link to your fund-raising page and give you a well-deserved slap on the back.

Just email us at press@estateagenttoday.co.uk and we’ll do the rest.

LandAid to Help End Youth Homelessness: The Royal Institution of Chartered Surveyors has launched a campaign with property industry charity LandAid to raise over £2m in the biggest ever fundraising campaign for the charity.

The funds will contribute to ending youth homelessness, and will provide safe, secure and affordable bed spaces across all 12 UK regions.

As part of RICS' 150th anniversary in 2018, the campaign, known as Pledge150, will see RICS partnering with LandAid to raise £2.25m for the provision of 150 bed spaces by December 2018, for young people at risk of homelessness.

RICS plans to raise funds at a variety of its annual events and through staff and partner university initiatives. Those working in the land, property and construction sectors will be encouraged to join in with the challenge and think big, in terms of their fundraising activities and in helping to publicise the campaign.

As part of the RICS Pledge150 campaign, those working in the built environment may also be given the opportunity to provide pro bono property advice to local charities supporting disadvantaged young people, families and communities, including those experiencing homelessness.

You can transform a young person's life by donating today. Text RICS12 followed by £3, £5 or £10 to 70070 or visit the RICS MyDonate page to make an online donation.

Martin House Children’s Hospice: Children with life-limiting illnesses can now enjoy their very own wildlife garden at a Yorkshire hospice, thanks to a partnership cultivated with staff from estate agency Linley & Simpson.

The agency has broken its previous record by raising £26,000 for Martin House Children’s Hospice at Boston Spa, near Wetherby, during another year of support for its chosen charity.

For the first time, this backing included a volunteering programme which saw staff transform spare land in the picturesque grounds into a haven of peace for families.

It also encompasses a thriving habitat for declining species - such as butterflies, bees and hedgehogs.

The independent residential sales and letting agency, which employs 140 people in a network of 11 branches across North and West Yorkshire, completed more than 20 fund-raisers over the year. 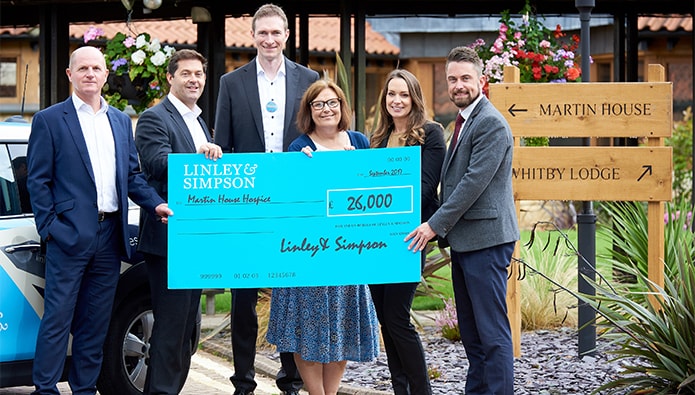 It was spearheaded by a challenge which saw staff conquer 20 of the Lake District’s toughest peaks, over 20 miles, in just 13 hours – an ascent the equivalent of two Ben Nevis climbs, or halfway up Mont Blanc, the highest in the Alps.

Other events included the company’s debut in the annual Dragon Boat Races at Roundhay Park, Leeds; and a ‘Cash for Clutter’ campaign, where branches acted as collection points for more than 80 bags of unwanted bric-a-brac to be sold through the hospice’s shops network.

Director Will Linley said: “Everyone in the community knows someone whose lives have been touched by the work of Martin House and this proved the inspiration for us. It did not matter if you could paddle, climb, run or cycle – there was an event ‘home grown’ from within our staff talent pool for everyone, whatever their skill or ability.”

All Linley & Simpson staff are awarded one day of paid work time to spend away from the office and instead volunteer at Martin House. Many used the time to turn the spare land into this calming, tranquil corner for reflection and education.

Featuring a distinctive teal & cream, countryside-inspired design, the bag has been especially designed for the 2017 Fair by Cornish homewares company Cream Cornwall.

Sponsored by agency Lillicrap Chilcott, a long-standing supporter of the Fair and Cornwall Macmillan, the bag will be available at the Fair in return for a donation of £5 (£8 for two as a special Fair offer) to Macmillan Cancer Support in Cornwall. 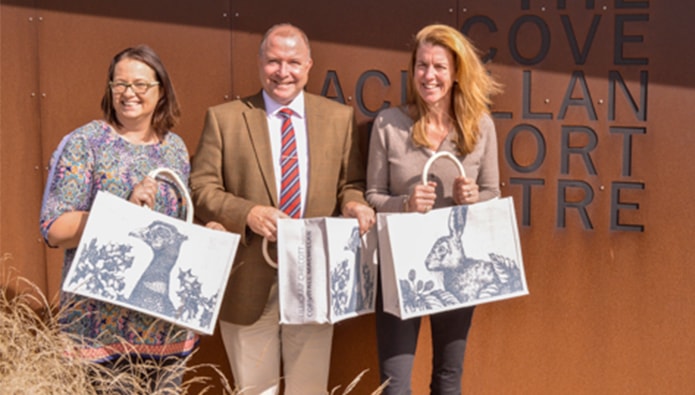 “We are delighted to be supporting the Christmas Fair and Macmillan in Cornwall for another year” comments Ian Lillicrap of Lillicrap Chilcott.  “Vital funds are needed on an annual basis to ensure Macmillan can continue to provide invaluable support to Cornwall’s cancer patients and we are so pleased to be able to play our part.  It is a cause close to all our hearts.”

The Christmas Fair returns to the Eden Project on Wednesday November 15 and Thursday November 16. For more information and to buy tickets, visit www.cornwallmacmillanchristmasfair.co.uk 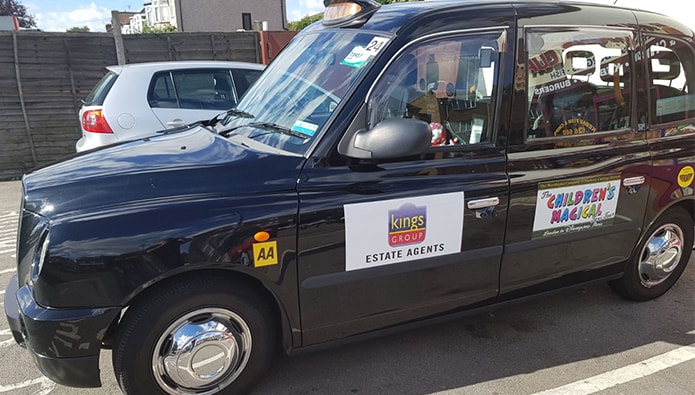 "It has been fantastic following the adventure! We hope everyone had an amazing time – it certainly looked like they did!" says Karl Knipe, director of Kings Group.

Agents Do Charity - despite lockdowns and downpours… ...

There’s no stopping our industry - whether it’s local lockdowns or...