It’s not just that the days are shortening and the occasional smell of smoke lingers in the evening - the weather is getting colder and that means some excellent annual charity work kicks in.

This week our charity stories include the annual winter coat campaign from Chestertons, a fine cause and one which marks the real onset of autumn. But whether you are fund-raising for a seasonal cause or a worthy project that helps year-round, please let us know on press@estateagenttoday.co.uk.

We are honoured to publicise your efforts.

Judi Hibbert, Community Fundraising Co-ordinator for Prevent Breast Cancer says: “Following their successful support in 2016, which was part of the Paint Hale Pink campaign, raising awareness and funds for a future without breast cancer, Jackson-Stops are yet again showing their generous support in 2017.” 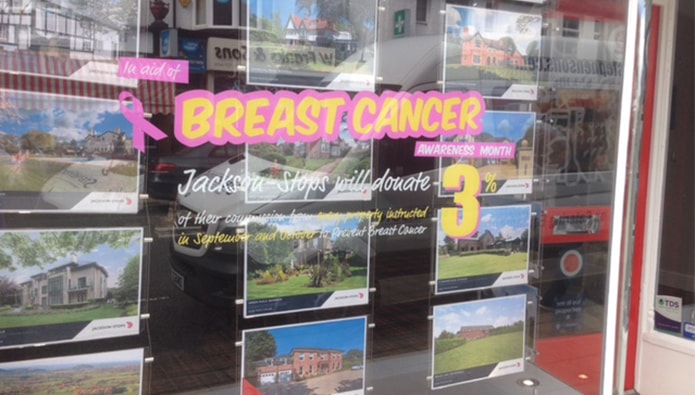 Prevent Breast Cancer, based at Wythenshawe Hospital, is the only UK charity dedicated to the prediction and prevention of breast cancer.

“It is thanks to Jackson-Stops Hale making such a great effort to support our charity during September and October, that local communities will learn to understand the aims and achievements of Prevent Breast Cancer, and furthermore, research can go ahead. We treasure the support towards future generations being without breast cancer. Well done to the team at Jackson-Stops!” adds Judi.

[establish]: Andrews Property Group has again been recognised for its charitable work, having picked up the Business in the Community Award” at the annual Business Leader Awards.

Coming just four months after claiming a prestigious Business Charity Award, success at the Business Leader Awards serves as testament to Andrews’ enduring commitment to making a difference in the communities in which it operates – the rationale on which the business was built over 70 years ago.

Indeed, it was Andrews’ innovative social housing initiative, [establish], launched off the back of the business’ 70th anniversary fundraising initiative, that secured success for Andrews.

[establish] launched its first home for young people leaving the care sector in April of this year and a second is due to be announced before the end of this year. 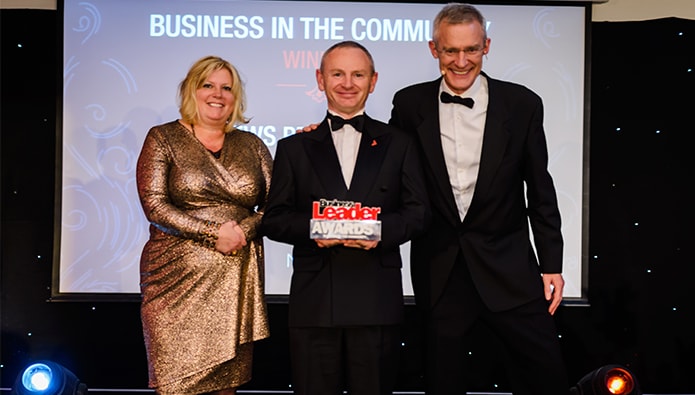 David Westgate, group chief executive at Andrews, explains how this tangible example of charitable activity at work made the difference:

“Andrews is unique within the property sector in that we’re owned by two charitable trusts.  But this isn’t just something we say, it’s something that we live and breathe every day.  It gives the entire team at Andrews a passion and enthusiasm for what they do that you don’t often see in the workplace.

“Our recently launched [establish] programme is, perhaps, the best-known aspect of our charitable work and to have it recognised in this way again is wonderful for the whole team.  Whilst it’s a high-profile campaign, it’s been made possible by a very wide range of activities – everything from half marathons through to in-branch cake sales – of which there have been many!”

Draw Your Dream Home: A P6 pupil at Hayshead Primary School in Arbroath has won a P4-7-wide competition to ‘draw your dream home’ and will have their design printed on 200 glossy new property guides.

Run by local estate and lettings agent Wardhaugh Proprerty, Sean McDade of P6A was crowned the winner after beating stiff competition from over 50 entries from his fellow pupils. Staff from Wardhaugh Property said that choosing only one winner was “extremely difficult” but that Sean’s colourful and creative design caught their eye. 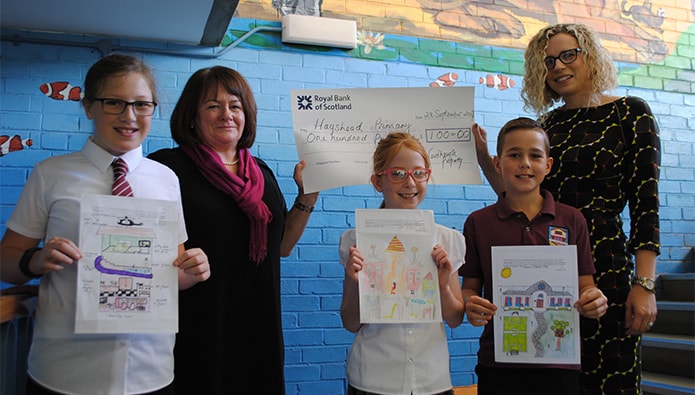 Wardhaugh Property’s brand new and free in-house property guide is available to pick up from their Arbroath and Forfar branches, as well as various other local retailers. The guide is packed full of useful information, industry analysis, and properties for sale and rent across Angus with Sean’s ‘dream home’, complete with a tree house and a football pitch, featuring as the front cover design.

Wardhaugh Property presented the school with a £100 cheque to put towards art supplies and Sean with a £20 WHSmith voucher. Runners up Leona-Jade Simmers Young from P6B and Kaydi Smith from P4A were also congratulated on their creative designs.

After helping the ‘Calling London’ charity to collect 3,500 coats last year, a third of which were collected by Chestertons’ offices, the agency has set itself a bold new target for 2017. It will be accepting coat donations of all sizes at any of its London branches throughout November. 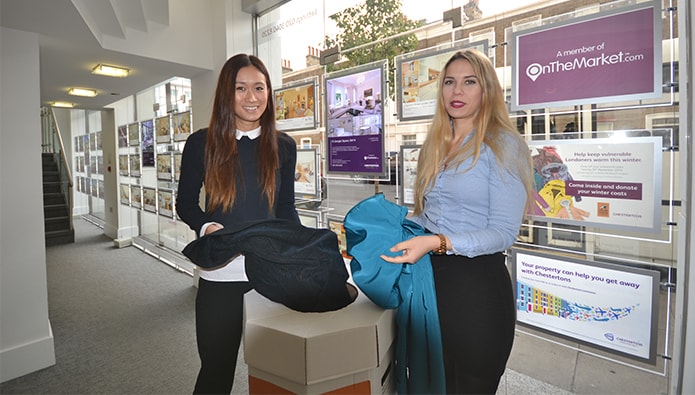 The Calling London Winter Coat Campaign was established in 2010; the charity collects warm coats and puffa jackets to distribute to London’s most needy people, such as the homeless, the elderly, refugees and children via various shelters, charities, schools and food banks. Nothing is sold on, just given straight out.

Giles Milner, marketing director and chairman of Chestertons Charity Champions, says: “This year, we are aiming to collect a record number of coats by raising awareness of the campaign and spreading the word about its vital support to people living in London. We are hoping to engage with more local schools and businesses than ever before to help drive donations and beat last year’s figure of 3,500 coats, of which 1,000 were collected by Chestertons.”