A gentle reminder to everyone that the clocks ‘fall back’ an hour this weekend - meaning we have an extra hour in bed on Saturday night...and to rest after some fund-raising for good causes the day before.

Charity activities are ramping up now, as the awards and festive seasons near.

If you’re joining in and want a mention, please let us know at press@estateagenttoday.co.uk, and we’ll give you an honourable mention.

Thirteen are taking part in this year’s Sleep Out, including chief executive David Lindley, together with members from Fine & Country Bow and Canary Wharf.

The following day, the team will pack up their sleeping bags and make their way back to the office. This will be the most important part of the experience as they try to continue their usual work functions having had a cold, restless and unpleasant night’s sleep.

Sadly, this is the reality for 83,000 young homeless people in the UK each year.

They will be joined by hundreds of others for the largest homeless fundraiser event of the year. Fine & Country members have taken part in this memorable event for years as homelessness has been a particular concern for the company.

The Fine & Country Foundation is partnered with End Youth Homelessness, a campaign comprised of nine homeless charities across the UK. Each of the member charities is organising a Sleep Out this winter for the same crucial cause. Centrepoint is the leading member charity and has organised their London Sleep Out in the Greenwich Peninsula.

You can back it here: https://sleep-out-2017.everydayhero.com/uk/fine-country/members

The school launched the Grow a Pound initiative, which saw every child sent home with £1 and tasked to come up with ways to increase it.  ehB donated £320 towards the idea and then contacted the industry charity Agents Giving to see how they could help.

Edward Bromwich, Managing Director of ehB Residential, says: “We have worked with Milverton Primary School for a number of years.  ehB is firmly rooted within the community, so it is important that we give something back and this was a fantastic way for pupils to get creative and have fun at the same time”.

Matthew Fisher, Head Teacher at Milverton Primary School, added: “We would like to say a huge thank you to ehB Residential for their support and also Agents Giving.  The children had some brilliant ideas and raised £3424.45 in total”.

Sponsored by Lancaster and The Blue Group, guests were treated to a gala dinner and charity auction hosted by BBC Look East and ‘Inside Out’ TV presenter, David Whitely.

Attendees had the chance to bid for a range of high profile prizes, such as a ‘money can’t buy’ guided tour of the Bentley car factory, a Maserati for the weekend, a weeks stay in a South Africa vineyard, a fabulous stay at the world famous Sugar Hill Resort in Barbados and many other items. 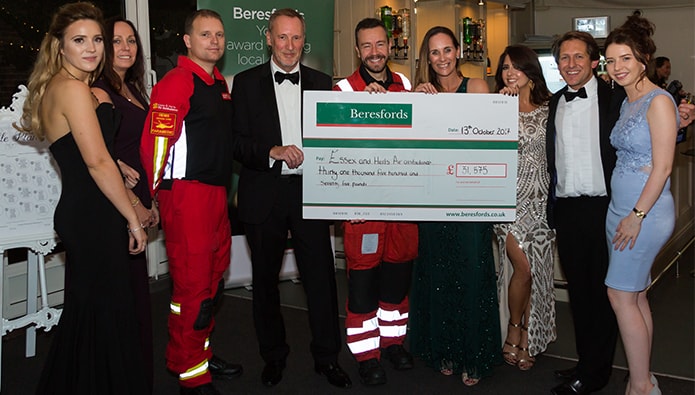 Paul Beresford, Chairman/Managing Director of Beresfords Group, is delighted with the success of the organisation’s second gala ball. He says: “We are so pleased with the outcome; we have more than doubled the total raised last year and again we are overwhelmed by the region’s kindness in offering such amazing auction and raffle items as well as the generosity of those who attended on the night.”

Hope Pastures: Manning Stainton has supported the Autumn Fayre and Tack Sale at Hope Pastures as part of its on-going Community Support Programme.

Visitors flocked to the site on Weetwood Lane and enjoyed a wide range of attractions including pony grooming, a bumper raffle, various stalls and a selection of tasty refreshments. There was also a hugely popular sale of tack which had been kindly donated by the many friends of the sanctuary. 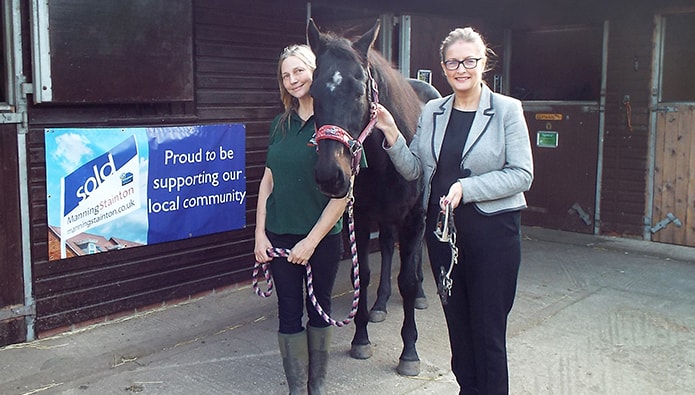 It is the second time in recent months that the local branch of the area’s leading estate agent has helped the equine sanctuary, having previously sponsored two classes at the annual fundraising dog show.

Hope Pastures, near Adel, has been rescuing and re-homing equines since 1974 and relies almost entirely on donations and money raised from these popular events.