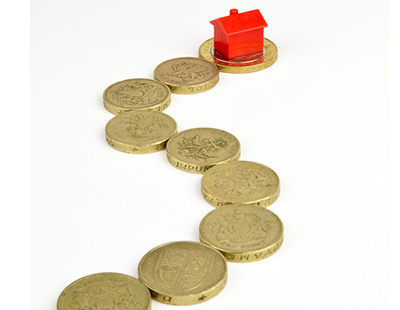 A high street agency has turned the online sector’s advertising technique on its head.

Instead of a seller revealing ‘saved’ fees by avoiding an ‘old school’ agent, a vendor has gone public explaining how she made £67,500 by going down the traditional route.

An advertorial from Weekes estate agency in Exeter, published by the local Express & Echo newspaper, shows a photograph of the firm’s agent Tony McGee and a seller called Harriet, who was initially attempting to sell her property privately.

"I recently sold my property to an investment buyer that I found from talking to other investors in my road" Harriet explained in the newspaper. "We exchanged solicitors’ details and I was really doing well, with no agency fees. My builder suggested I speak to an agent for advice, just to be on the safe side” she says.

"Tony came over and gave me a valuation, which was wildly in excess of the price I had agreed. Curious as to whether he could get that ... I instructed him to sell the property and within two weeks he had secured three offers, and two of those were over his valuation.”

"At the end of the process I wrote to the manager of Weekes thanking him and Tony and explained that if I has gone down the original course I would have been out of pocket to the tune of £67,500” Harriet continues.

"In the end I had to pay the agency fee that I was trying hard to avoid but do you know what? It was worth every penny. I'm quids in and can't thank Tony enough."

The head of a For Sale By Owner website claims that...

A new website which completely by-passes all kinds of estate agents...