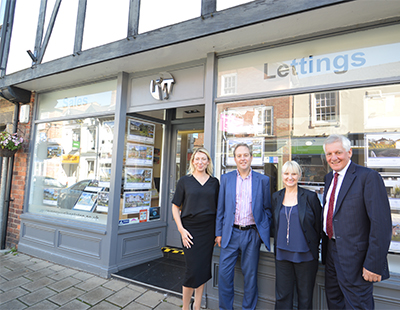 Yesterday the firm, which has 18 branches, announced the details of its first acquisition since becoming part of the Connells Group.

Ravensworth Estates has been operating for eight years and it will be absorbed into Gascoigne Halman's existing Knutsford branch.

"I’ve enjoyed the challenge of setting up a new estate agent business but there are other things I now wish to accomplish," comments Ravensworth Estates' founder and director Paul Knop.

Gascoigne Halman became part of the Connells Group in autumn 2015 and its latest purchase forms part of Connells' 'wider initiative' to grow its branch network of almost 600 offices.

The Cheshire-based estate agency is now urging local businesses to get in touch to discuss possibilities for acquisition.

“We have 18 offices across Cheshire and south Manchester but are keen to grow further so we are still in the market for other opportunities,” says John Halman, the firm's director.

Since joining the Connells Group, Gascoigne Halman has been involved in an ongoing dispute with Agents' Mutual over its property portal marketing.

OnTheMarket over the moon about latest court victory ...