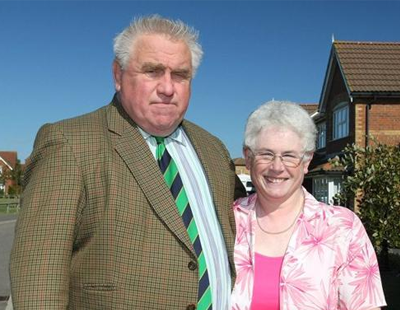 Fergus and Judith Wilson, at one time considered to be Britain’s biggest private landlords, have sold off an estimated 400 of their 900 property portfolio.

Earlier this year it had been believed that the Wilsons, regarded as Britain’s biggest landlords, had sold their Kent empire to a foreign consortium for £250m.

However, some of that sale is believed to have fallen victim to economic uncertainty immediately after the Brexit vote in late June; now the couple have told the Financial Times they have sold approaching half of their portfolio and still intend to move out of the sector eventually.

"The day of the amateur landlord is over" Fergus Wilson told the FT. He said banks had tightened their lending criteria since the heyday of the 1990s, when the couple started amassing their portfolio.

“If you were an amateur landlord in those days, as long as you could spell your name, you would get a mortgage ... No one appeared to check anything. I wouldn’t say it is impossible but it is much tougher. Some [banks] are offering loan-to-value of only 60 per cent” he said.

Tragedy as family’s ‘last holiday ever’ motorhome is stolen ...

A family is appealing for help in tracing the whereabouts of...

Young agent with Covid says “I didn’t think I was going to make it” ...

An estate agent who caught Coronavirus and spent 10 days in...