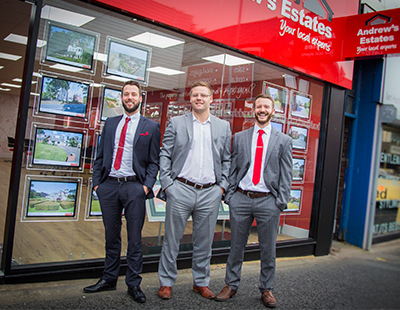 Regional agency Andrew’s Estates has opened its seventh branch on the Wirral, making it the largest independent to operate in the area.

The origins of the business date back to Smith’s time in Baghdad, where he was a private security consultant after serving as a member of the Parachute Regiment during the invasion of Iraq back in 2003; the idea of an agency emerged when he was considering his career once he returned to the UK.

“The Andrew’s Estates team has worked incredibly hard over the last seven years to build a trusted brand that puts customer service and innovation at the centre of everything we do.”

The new office will be run by directors Ben Adams and Dan Hewitt. Adams has worked in estate agency in Dubai and in the north of England.

The fledgling group being set up to represent independent estate and...