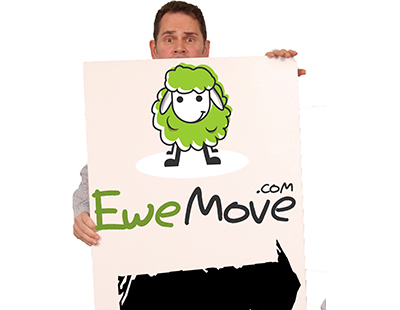 EweMove Sales and Lettings, which describes itself as the UK's first hybrid estate agency, has opened four new branches, taking its network up to 94.

The openings are across the entire country - Barnstaple in Devon, Reading in Berkshire, Streatham in London and Aberdeen in Scotland - and take the number of branches opened in 2016 to 21. EweMove launched in 2014.

“These latest offerings are just a part of our ongoing plans for growth with another four branches scheduled for launch next month.  Not only that, we have firm commitments to open up additional branches during the remainder of 2016 taking us past the 100 branch mark and plan to open up at least 30 more during 2017” according to Glenn Ackroyd, co-founder and ‘Head Shepherd’ at EweMove.

“As an agency dedicated to doing things differently, and with a strong commitment to innovation and a passion for driving change across the industry, the opportunity for our franchisees really is unrivalled” he adds.

EweMove, which has over 170 locally-based property experts, says it saw sales agreed on 59 per cent of the properties it first listed during the first quarter of 2016, with 44 per cent of these sales also completing within the subsequent three months.

A new managing director has been named for EweMove - with...