It’s Bank Holiday weekend and - dare we say it? - the final one for most of the UK until Christmas.

But there’s been no summer lull for good works being done by our industry, with people letting us know by emailing press@estateagenttoday.co.uk.

Please keep in touch as summer gives way to autumn, because we love publicisng your efforts.

Here we go with this week’s heroes...

Canine Partners: Humberts is partnering with Canine Partners, a national charity that transforms the lives of people with physical disabilities. The agency has pledged £7,500 to help sustain the charity’s life-changing programme of partnering assistance dogs who provide security, companionship, and practical help for those who need it most.

Throughout the next 12 months staff will be participating in a range of fundraising activities beginning with The Great Humberts Cycle, which will see office teams mounting their static bikes and peddling a total of 1,215 miles, the combined distance between all 21 branches.  This is on September 17. with Canine Partner puppies and owners on hand.

As part of the fundraising activities Humberts will be sponsoring their very own puppy aptly named Humbert and will be supporting him throughout his journey to become a fully-fledged Canine Partner.

CLIC Sargent: Sequence raised over £1,000 for CLIC Sargent - the UK’s leading cancer charity for children and young people - at a recent eventin its North & Scotland division.

The event consisted of a five-a-side football tournament followed by a barbeque and disco, and brought together representatives from Sequence’s local estate agency brands across the North and Scotland: William H Brown, Allen & Harris, Manners & Harrison, Jones & Chapman and Swetenhams.

It is the second time in recent months Manning Stainton has supported the school having previously sponsored a set of tracksuits.

Manning Stainton supports schools, clubs and other worthwhile organisations through its Community Support Programme. Last year the company made donations totalling over £65,000 which helped more than 100 different groups.

Colleagues from across the company’s 19 Residential Sales and Lettings branches in West and North Yorkshire are also raising funds for Macmillan Cancer Support under the banner ‘Mannings for Macmillan 2016. 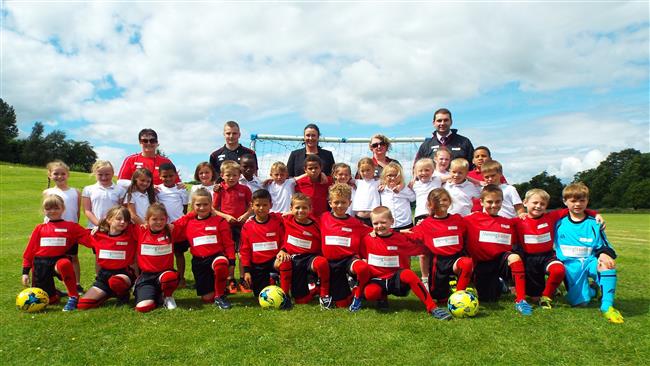