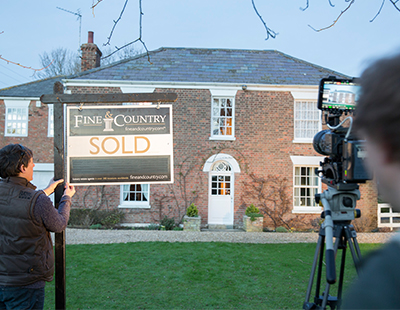 Prime residential property group Fine & Country is re-launching its TV advertising campaign this month following what it regards as a a successful ad drive March.

The latest advertisements will be 10 seconds long rather than the 30 seconds used in the spring, but will again be on More 4, Home, 4oD and two additional channels. Drama and Yesterday. The campaign will run until the end of October.

Using the theme of ‘story telling’, the advert focuses on the importance of choosing the right agent who understands how to turn a home into a bestseller.

The thirty-second version of the advert will still be available on the Fine & Country website and YouTube channel. The thirty-second commercial shows different life events that happen inside the home, from an exciting birthday party, to the everyday happiness like being with the family dog and a child playing in her bedroom.

“Brand awareness has increased by over five per cent within the first three months of the first advert running, and has been viewed over 13m times. We want this figure to keep growing” says David Lindley, Fine & Country’s chief executive.

A closely linked print campaign will feature in the national press at the same time.

For the initial advertisements, aired early this year, some vendors’ properties were used; at the time, the then-CEO of Fine & Country, Jon Cooke, said the various Channel 4 outlets were chosen “because of the channel’s property content and its demographic.”

Fine & Country is re-launching its TV advert following what it...

Estate Agent Today readers are amongst the first to be able...

Fine & Country is launching a series of TV advertisements on...