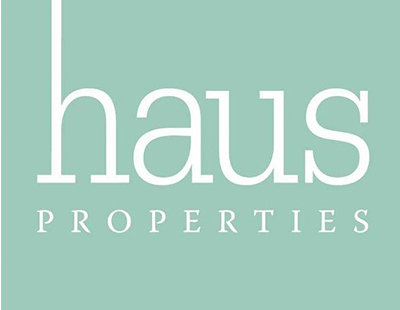 Haus Properties, the high-profile London estate agency started almost five years ago by Apprentice star Jamie Lester, now appears to be operating from only two of its four offices.

Haus was set up by Lester following his appearance on the reality TV show in 2010 - he was the runner-up.

In November last year it opened its fourth office; this was in Fulham near to the original Haus office, and in addition to two others in nearby Chiswick and Shepherd’s Bush.

At that time, just nine months ago, Haus issued press statements saying that during its four years of existence it had sold £184m of property and collected £145m in rent.

However, local press reports suggest that at least one of its branches - the Chiswick office - has now shut at short notice. The Haus website this morning lists only two branches as operating.

Lester has confirmed to Estate Agent Today that the company has contracted.

“Due to a lease that is expiring, we have decided to close the Chiswick office. Furthermore, we are reviewing how we can make our business even better for clients and have therefore decided to streamline our services and focus our strengths on Fulham for the time being” he says.

“The Chiswick and Shepherds Bush offices are still under Haus Properties’ control and both have already received a lot of interest to purchase, so we are currently considering all offers. It is business as usual at Wandsworth Bridge Road, Fulham, as well as at our newest address in Munster Road, Fulham, both of which continue to be successful agency offices.”

The Chiswick W4 online news site has reported Christian Harper of Harper Finn, another Chiswick estate agency, predicting local branch closures because of a drop off in transactions in the area.

"Although I feel sorry for any staff that may now find themselves without work I am not at all surprised to hear that Haus have ‘moved themselves’ from the High Road. The model of high street estate agents is doomed as property web sites like Rightmove allow estate agents that charge a few hundreds pounds as much chance of providing the same buyers as the agents that charge tens of thousands” Harper is quoted as saying.

The combination of high stamp duty and Brexit uncertainty has hit all areas of the London market, according to many commentators.

Earlier this week Strutt & Parker revealed that transaction volumes in prime central London were lower even than in 2008 when the downturn accelerated. Figures from LonRes, relating to Strutts’ prime London sales area, reveal that in the second quarter of this year there were 286 recorded sales in total in prime central London compared with 347 in the last quarter of 2008.