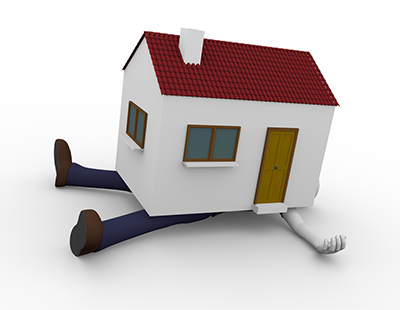 Housebuilder St Modwen has been forced to write down the value of the landmark Nine Elms regeneration scheme because “recent transactional evidence” suggests it is worth less than before the capital’s housing market slowdown.

The company - which produced its interim results covering the six months to the end of May, so well before the result of the EU referendum - nonetheless remained defiant about the long-term prospects for the scheme following recent industry and mainstream media comments about prime London oversupply of luxury apartments.

The company therefore said its revised downward valuation "is consistent with our expectations and demonstrates that market evidence does not support the level of negative sentiment expressed during the first half of the year towards Central London Zone 1 residential prices and Nine Elms in particular".

Last week the buying agency Black Brick named Nine Elms when it was reviewing London’s market following the referendum. “Areas such as Nine Elms in Vauxhall and Earls Court in west London are particularly vulnerable due to oversupply of expensive properties aimed at the overseas investor” said Black Brick chief executive Camilla Dell.

The Nine Elms scheme was also one highlighted by property consultancy Propcision when it was analysing the ‘portal juggling’ phenomenon last month.

St Modwen’s profit before tax was £30m in the six months to the end of May, compared to £206m a year ago. The firm added that its trading profit of £34m this year was not far behind the record £35m trading profit it reported a year ago.

However, the firm says it will not comment on possible effects now that Britain has voted for a Brexit “until we have more clarity”.

Meanwhile there has been another troubling sign from the commercial property market as a third fund has suspended trading in a bid to stop investors pulling their money out of the sector.

M&G and Aviva have suspended their funds, citing the UK’s increasingly volatile financial climate; on Monday, Standard Life started the ball rolling by suspending its fund.

Although these funds operate away from residential property, they do create a ‘mood music’ for housing investment.

The M&G statement, made at the end of trading yesterday, warned that investor redemptions had risen markedly since the referendum.

“Redemptions have now reached a point where M&G believes it can best protect the interests of the funds’ shareholders by seeking a temporary suspension in trading. This will allow the fund manager time to raise cash levels in a controlled manner, ensuring that any asset disposals are achieved at reasonable values” the statement said.

"The problem these funds face is that it takes time to sell commercial property to meet withdrawals, and the cash buffers built up by the managers have been eroded by investors heading for the door, both in the run up to the EU referendum, and in the aftermath," he says.

"These managers will now be adding to the supply of commercial properties on the market, which is likely to put downward pressure on prices. Foreign investors might be tempted in by the fall in Sterling, but equally they may decide to steer well clear of an economy in limbo.

"Investors in property funds need to focus on the reasons they bought commercial property in the first place and consider whether they are still intact, because there may be challenging times ahead."