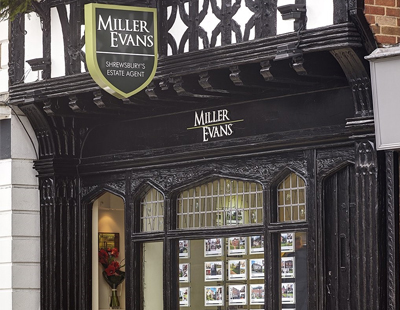 Fine & Country is opening a new office in Shrewsbury later this month, marking the brand’s expansion in the West Midlands.

The new office is headed by Emma Romaine-Jones who will be partnered with David Miller and David Evans of Miller Evans, a long-established local agent.

It aims to serve what it calls “the upper quartile” of the market.

“The opening will allow us to serve the top end of the market. Shropshire is one of England’s most rural counties. We have an eclectic mix of historic town houses, country cottages, new developments” says David Miller, the managing partner. He says prices locally have increased between five and 10 per cent in the past two years.

Fine & Country now has offices in 300 locations - the vast majority in the UK but also in Dubai, France, Portugal, Spain, Africa, Russia and Australia.

The network of independent estate agents known as the Property Sharing...

Forget branches - Google and Feefo are go-to for today’s buyers ...

A well known regional agent has closed one of its offices...

An estate agency says it has produced technology allowing clients to...