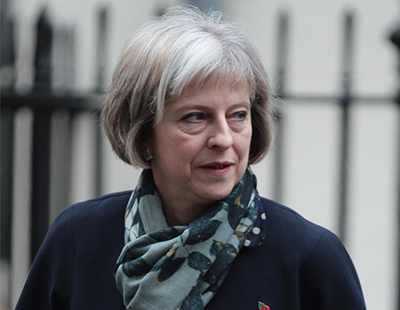 The news that Theresa May will be installed as Prime Minister tomorrow has immediately stabilished the share prices of estate agents and other property companies - and prompted speculation of an interest rate cut later this week.

Despite limited direct experience of housing policy, May’s campaign has had housing minister Brandon Lewis at its forefront. Yesterday morning, two hours before it became clear that May would become premier, she made a speech citing her enthusiasm for “local aspirations and quality design” when it came to winning planning consent for new homes.

It appears likely that May’s Cabinet members will be announced before the end of this week and junior ministers - which traditionally includes the housing post - will be made known over the weekend.

As soon as it became clear May would be premier, share prices improved after over two weeks of volatility since the EU referendum.

Foxtons’ share price closed over 11 per cent up on the day; Countrywide and LSL Property Services also enjoyed significant rises, although Hunters dipped by one per cent.

Purplebricks, Rightmove and Zoopla also closed up on the day.

Meanwhile on Thursday the nine members of the Bank of England’s monetary policy committee will consider the first interest rate cut for more than seven years this week.

Bank of England governor Mark Carney made clear last week that he was considering a cut in BoE base rate from its current 0.5 per cent because of concern that the Brexit vote may have an impact on confidence.

Financial consultancy IG says it seems 75 per cent certain there will be a cut later this week.

“We think the [monetary policy] committee will recognise the dangers of disappointing market expectations and cut the Bank rate by 0.25 per cent,” the Financial Times has been told by Jonathan Loynes of Capital Economics.