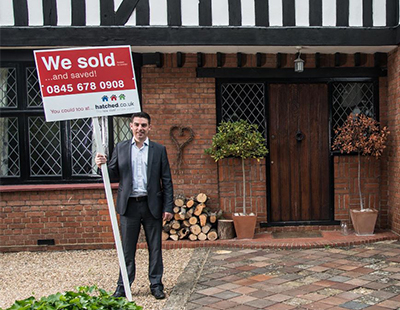 One of the original online estate agents, Hatched, is marking its tenth anniversary with a series of announcements.

The firm, which began operating in 2006, is recruiting more 'property experts' to work as Regional Property Consultants.

It currently employs 12 regional consultants and is now looking for representatives in Kent, Newcastle, Stoke-on-Trent and Wales.

Hatched says all of its regional representatives have previous estate agency experience and that recruits are expected to be active in their local property market, despite valuations being booked through the firm's head office in Hertfordshire.

The agency has also marked its first decade in business by offering vendors 10% off fees and recently introducing 24/7 accompanied viewings as an option for its clients.

In the last ten years, Hatched says it has listed more than 8,000 properties and was also the first online estate agency to introduce a choice of fees, as well as the first to use 360x360 virtual tours.

Last November, Hatched became the first online estate agent to be acquired by a major corporate when it was purchased by Connells Group.

Despite being 'online', Hatched claims to be a full-service agency.

However, at the recent FUTURE: PropTech event, the firm's managing director and co-founder, Adam Day, said that vendors who do choose to pay up front know they’re paying for a ‘marketing service’.

He argued that for a vendor to pay in the region of £60 a month to secure 'mass exposure' on the property portals should be considered good value for money.

“It's so exciting to see ten years on how the online property market is becoming ingrained in the psyche of the British homeowner” says Day.

"We have focused our efforts on responding to consumers' ever-changing needs and we continue to develop with continual advances in technology to ensure we'll be able to thrive through the next ten years and beyond.”