It’s been another great week of fund-raising for good causes by our industry, as you can see from our roll of honour below.

You know the drill by now: we are absolutely delighted to share with our readers exactly what you and your team have done for charity.

Just let us know on press@estateagenttoday.co.uk and we’ll do the rest.

The Magic Moments Charity was established by the Spicerhaart Estate Agency chain over 10 years ago with the objective of taking terminally ill children and their families on a holiday of a lifetime to Disneyland Paris, which they would not otherwise enjoy. 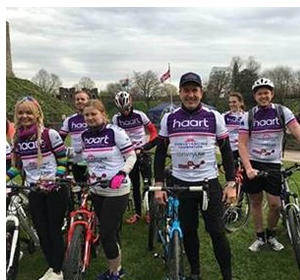 “It was a fantastic event and it was incredible to see these cyclists work so hard over the three days of the cycle. A massive thank you to everyone who took part and to our sponsors who helped to make the fundraising initiative such a great success. To raise over £70,000 in such a short space of time is a fantastic accolade” says Jonathan Martin, chairman of Magic Moments.

“Thank you also to the Conveyancing Foundation for its fantastic support in raising over £10,000 for Magic Moments. Everyone had a great time - despite the trying circumstances - and some great friendships were formed over the three days.”

St Chad’s Primary School, Leeds: Football-med youngsters at the school are over the moon with their new kit which has been sponsored by Manning Stainton.

The Headingley branch of the agency helped the school purchase the distinctive yellow and blue strip as part of its community support programme. It is the second time the company has provided support to the school, having previously funded the purchase of a range of cooking utensils.

“We take our responsibilities within the community very seriously and are always pleased to hear from schools and other worthwhile organisations who could benefit from our help. Last year alone we made donations to over 100 groups totalling in excess of £65,000” explains branch manager Stevie Sawiuk.

Neil McCluskey, Year 3 teacher and football coordinator at St Chad’s adds: “The children are thrilled to bits and we cannot thank the kind hearted people at Manning Stainton enough for their generosity. We already have a very enthusiastic and committed group of players but the arrival of the new kit has definitely put an extra spring in their step!” 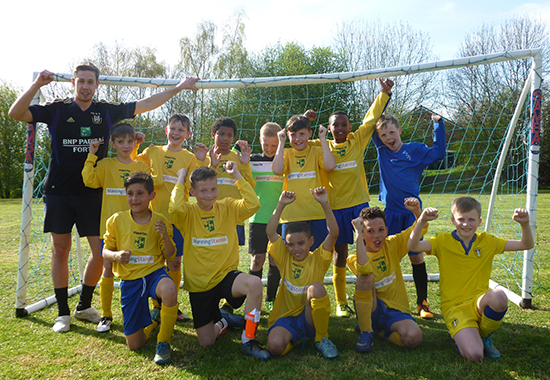 Nottingham Lettings Charities: Six charities have received their share of thousands of pounds after The Nottingham's Lettings team decided to give away cash to the deserving causes. The money came about due to uncashed cheques and unclaimed rental deposits, some of which were for very small amounts but combined reached nearly £6,000. 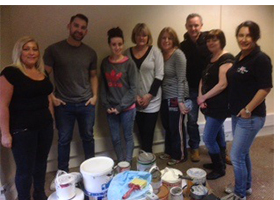 As the regulatory six-year period for people to claim the money had elapsed The Nottingham could have reinvested the money into its business, however decided to donate it to the following charities and projects…

Framework – to aid the charity's Skills For Independence initiative, which aims to help people gain the skills they need to move away from homelessness forever;

Young Enterprise – to invest in their Tenner Challenge, which gives young people aged 11-19 the chance to think of a new business idea and make it happen using real money

The Ear Foundation – as an extra contribution to help them run Marjorie Sherman House in Nottingham, a venue both estate agency and building society colleagues from The Nottingham recently visited to help decorate family accommodation there

Little Princess Trust – to help them provide real hair wigs for children suffering with hair loss due to cancer treatment.

"As a mutual building society we decided it was a no-brainer to support the charities by donating the money to them, and we are proud to have done so” says head of estate agency Su Snaith.

You know the drill by now - send us details of...