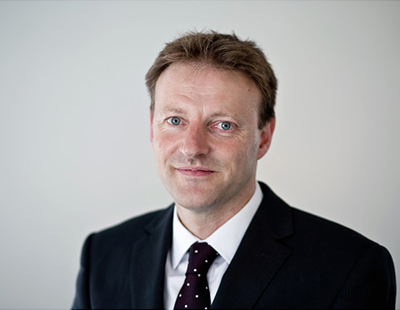 A Conservative MP is to raise the portal juggling controversy in the House of Commons.

Derek Thomas, MP for St Ives in Cornwall, says he is going to try to secure a Commons debate or raise parliamentary questions on the issue because the juggling scandal exacerbates what he calls a “bust” housing market.

“We need to free up the market to make it honest and reliable” Thomas has said on BBC Radio Cornwall. “Websites are helpful for getting information but it’s the estate agents we need and who we build relationships with so we know these people are giving honest and trustworthy information” Thomas told listeners.

Thomas was supporting an earlier interview with Chris Wood, former chairman of the NAEA and owner of PDQ agency in west Cornwall, and a long-time opponent of this tactic by some agents and developers.

He claims there are around 10,000 portal juggles in a year equating to £2.8 billion worth of property.

He says the National Trading Standards Estate Agent Team in Powys has only four staff and is clearly under-resourced to tackle the problem - the result, he says, “is that the cowboys have taken over.”

“Basically it’s to mislead buyers, sellers, landlords, tenants and advisers. ... It’s actually quite difficult to spot and some portals are making it more difficult to spot as well because they’ve realised that if they’re not dealing with this problem they’re in trouble as well ” claims Wood during the interview.

Wood also explains the basic misleading of the consumer contained in the portal juggling practice: “If [a property] had just gone on the market you might think it’s a great opportunity ... but if you’d seen it had been on the market for say 90 days or 180 days or 360 days as some properties have been, you might well think there was a problem with it.”

In one instance an estate agency allegedly listed 35 new-build properties for sale during a six to eight month period - although on closer inspection this was portal juggling.

“The pattern occurs so frequently that it may have seemed as though there were 368 properties listed for sale instead of 35 during the same period. Instead of there being roughly £50m in market value of apartments advertised, it may have appeared in some statistics as over £500m in market value” claims Propcision.

The MP who pledged his support to a campaign against portal...

Research by data company Propcision claims that portal juggling - the...