It’s the Bank Holiday and an extra-long weekend - although many agents will be making the most of sales, lets, open houses and usual working at this time of year.

Some of you, we know, will be doing even more and helping raise funds for good causes.

Thanks to you, thousands of people receive extra help and support through the charities you support - on behalf of the industry, thank you and well done.

We love publicising your efforts and everyone below has contacted us on press@estateagenttoday.co.uk - we look forward to hearing from you...

Alexander Devine Hospice:  Michael Lewis, a lettings adviser at Romans Guildford, has signed up to not one, not two, but six half marathons this year with a target of raising £500.

He has already completed three of the marathons and he’s optimistic about the remaining ones: “I am halfway through my challenge having completed the Fleet, Richmond and Southampton half marathons. “I am really happy with my time so far and I’m confident about reaching my target of £500.” 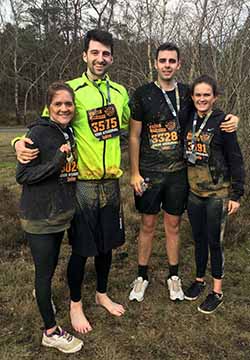 Oatlands Junior School: The Harrogate branch of Manning Stainton was quick on the draw to support a major fund raising art project at a local school. Talented young artists at Oatlands Junior School have created a series of beautifully detailed botanical illustrations featuring plants and flowers on the Red Data List, the world’s inventory of the global conservation status of biological species.

Copies of the book are available at a cost of £5 with all proceeds going to the Yorkshire Wildlife Trust, to help their work protecting and restoring Yorkshire’s wild places and wildlife for all to enjoy. Meanwhile, the school currently has its art installation, ‘Conserving Our Biodiversity’, exhibiting at the Saatchi Gallery in London as part of a new exhibition called ‘Journeys.’ 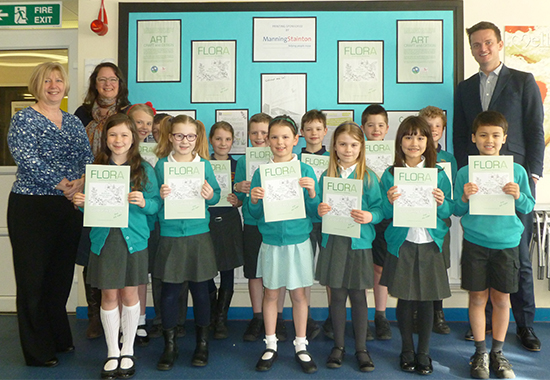 Kate Morrison of Oakhill Residential says: “I was thrilled to have been involved in this event, which promotes awareness and raises money for a very worthy charity, Cocoon Support.  As a local business, Oakhill are keen to support their community and sponsor good causes and events and the amount of nearly £4000 raised was fantastic.” 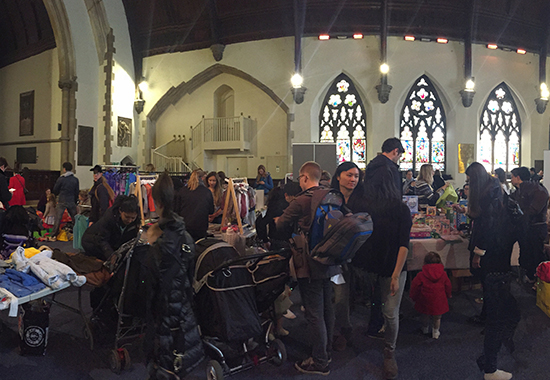 The property, located in the central Bristol suburb of Lawrence Hill, is a five storey building comprised of a commercial ground floor and basement with three separate self-contained flats on the upper floors. The necessary refurbishment work, which will ensure each flat offers a large bedroom, separate study area and a kitchen/diner, as well as all normal services, will take place between May and July and is due to be carried out by ex-offenders through the Bristol Together programme, which itself receives funding from the Andrews Charitable Trust.

Project70 was officially launched in February 2016 to marks Andrews Property Group’s 70th anniversary. The aim is for staff members at Andrews to raise sufficient funds to enable Andrews Charitable Trust (ACT) to invest in 50 properties over the next 50 years.  The rental income from these residential and commercial investments will then be used towards further capital investment and maintenance of the property portfolio.

Children With Cancer UK: Those nice people at PROPCO Software (who said some very generous things about Estate Agent Today - thank you!)  have been raising funds through their very own IronMan, Mark Howlett.

He not only took part in Bolton's IronMan Challenge 2015, but he successfully finished it and earned the IronMan title and continues fundraising for Children with Cancer UK.

After completing one of the toughest endurance challenges - IronMan UK in 2015 and raising over £1,500 Mark is now looking to top up his fundraising by swimming 10KM in the Jubilee River Swim 2016 in June.

"For those who are not familiar an IronMan consists of a 2.4 mile open water swim, followed by a 112 mile road cycle, followed by a full marathon, which to earn the title as an Ironman you must complete in 17 hours” explains Mark.

“I met an Ironman when I was 24 years old. He was an Aussi called Felix and I was immediately taken by his achievement which I could not comprehend. But deep inside there was a voice saying ‘I want to be an Ironman’. Twenty one years later, still inspired by Felix and now spurred on by family and friends, I took on the challenge..."

Pledge what you can here: https://www.justgiving.com/Mark-Howlett007 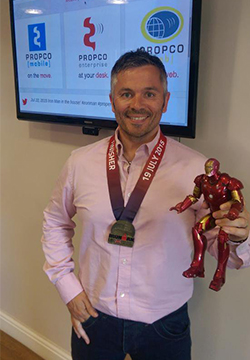