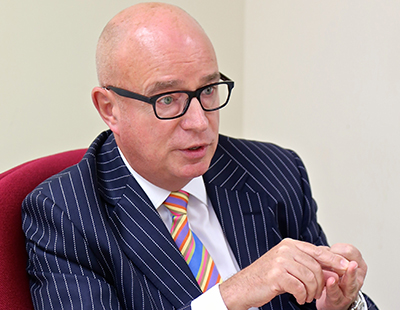 Estate Agent Today can reveal that Bob Scarff, the head of Countrywide’s estate agency business until last May, has become a non-executive director of award winning agency butters john bee.

Scarff, who worked at Countrywide for 38 years until 2015, will join the butters john bee board immediately.

The agency has significantly grown its sales and lettings network over the past two years with openings in Macclesfield, Cannock, Wolverhampton, Telford, Winsford and Northwich. butters john bee now has 17 branches throughout Staffordshire, Cheshire, Shropshire and the West Midlands.

Last year it won eight ESTAS Awards, which were voted by its customers, and has been shortlisted for 13 at this year’s ESTAS taking place next month.

Scarff - who has told Estate Agent Today that other announcements about his work may be forthcoming in the next few months - says he is “very impressed with butters john bee’s focus on customer service and commitment to improving their operations. I look forward to assisting them in building their strategy for growth and further success.”

After a low profile period following his departure from Countrywide, Scarff has become an outspoken commentator on the residential industry in recent months.

He has criticised the concentration on ‘retail’ activities by Countrywide - recently describing it as “preposterous” - and has called on challenger portal OnTheMarket to drop its one-other-portal-only policy.

Scarff started his career as a trainee negotiator at Taylors estate agents in 1978 when the company was under private ownership, and went on to become the managing director of Countrywide’s 800-plus branch network.

butters john bee is regarded as one of the UK's most successful regional independent agents, chartered surveyors, property consultants and valuers. It is also the seventh largest property auctioneer in the country.

“It’s fantastic to welcome Bob to the board. Having worked for the UK’s largest property services group for more than 30 years, he brings considerable experience and knowledge of the property industry to his advisory role” says James Beardmore, managing director at butters john bee.

“We plan to continue to expand our footprint both organically and through acquisition in 2016, and Bob's experience of growth at scale will be invaluable to us” says Beardmore.

Estate Agent Today can reveal that Bob Scarff, the head of...