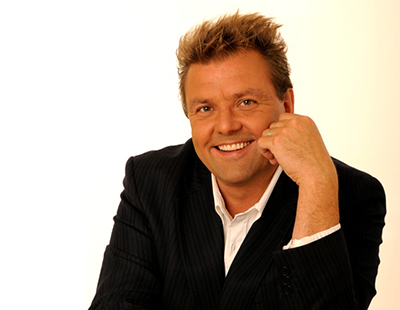 Martin Roberts, the established property pundit familiar to many as the presenter of Homes Under the Hammer, is to host a property show on talkRADIO, a personality-driven speech radio station which launches on March 21.

Gazumped with Martin Roberts will run on Saturdays from 11am to 1pm and on Sundays from 5pm to 7pm and will focus on the housing market, home improvements, celebrity and dream houses, the latest trends in décor and garden design and lots more.

“People love to read and hear about the property market, so to bring an entertaining, magazine-style property show to talkRADIO is something I’m really looking forward to. Where and how people live plays a fundamental role in their everyday lives, so we’re planning to tackle property in a way that’s informative and most of all, fun” says Roberts.

Meanwhile on LBC - the London network which these days has a national audience via the internet - The Property Hour will run each Thursday from 9pm to 10pm starting this week.

It’s going to be co-hosted by LBC presenter Clive Bull and Landlord Action founder Paul Shamplina, and will include interviews with industry experts, news and views from the week, plus a chance for listeners to call in with their questions and opinions.

The show will also include a dedicated weekly three minute sponsored feature that will focus on specific issues facing landlords.